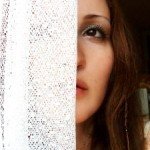 I have a confession to make: I’ve spent the majority of my life being shy. When I was a kid having to meet new people — adults especially, but even kids — was a challenge for me. I grew out of it in high school and college but then when it was time for me to hit the workforce, it came back.

I finally addressed it the way I dealt with my fear of public speaking — I tossed myself into situations where I had no choice but to introduce myself to people. Shortly after I graduated from college, I attended a job fair. Okay, “attended” might not be the appropriate word. I walked in the door and gave some resumes to the person that was handling sign-ins. And I went into the crowded room where there were all these tables set up — but I didn’t talk to anyone. I just walked out because I had no idea what to do. Pretty pathetic, huh?

Flash forward five years and there I was looking for work again. I found myself in a position where I had to put my money where my mouth was. My Toastmasters club (which I was the President of) had just voted to do something extremely controversial (in the club’s mind that is) and join our local chamber of commerce. As the club’s President, I had to attend a “Business after hours” networking event so I could promote the club — the primary reason why we joined. So there I was walking into the room completely scared.

I had set a goal to last at least 30 minutes and introduce myself to at least three new people. And while it was tough, I met (actually, exceeded) both of my goals. That first introduction was a little tough, but it was the hardest of the night. I actually took advice from Larry King and was honest with people. I told people that I was new to networking and not sure what to do at these types of events. And surprisingly, people helped me. Yes, I made some mistakes but overall the event was a success.

I eventually went on to become an Ambassador for the chamber so it was my job to help people mingle. It was my way of forcing myself to do something I was uncomfortable with (just like I gave speeches as much as possible at Toastmasters).

Shyness itself can be caused by a lot of things such as lack of confidence, fear of rejection or fear of failure. So if find yourself a bit shy don’t worry, there are things you can do about it. The best thing you can do is ease your way outside of your comfort zone so you can have small successes to build your confidence. I actually have a ten step process for doing this that I teach in my networking class that eases people into introductions. The gist of it is to take baby steps, each one building on the one before it. Social media is also another avenue for dealing with shyness because you can hide behind an avatar or username. And services like Twitter make it easy to connect with people and jump into conversations.

So if you feel you’re too shy, don’t worry. You’re in good company and you can overcome it. Just take a few steps, no matter how small. The fact that you’re pushing your comfort zone is what matters most.

One thought on “On Being Shy”