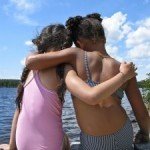 You’ve probably heard the infamous phrase “it’s not what you know, it’s WHO you know” – the phrase is true to some extent. In the extreme case, you have the incompetent and under-qualified son or daughter that takes over the family business. More commonly, someone who is likable or able to communicate a connection between themselves and the decision maker is able to land jobs or clients despite competing with others who have stronger qualifications.

Finding a connection such as attending the same school, growing up in the same small town or having a similar hobby is an easy way to create instant rapport. Equally as helpful is having a personal connection such as a family relationship or mutual friend or associate. Sometimes, we don’t have these connections but there’s something else that can tip the odds in our favor: likability.

Whether you’re in sales, own a business or are looking for a job, it’s important to be likable. No one wants to do business with a jerk. Even when money is the highest priority, people may put up with bad behavior initially, but eventually get fed up. I’ve taken my business elsewhere (even if it cost me more) on several occasions because I’ve felt I wasn’t treated with respect. I know others who have taken lower paying jobs to get away from the proverbial “boss from hell.” Companies and sports teams alike have brought in superstars, overlooking their bad attitudes, and it has ruined their teams.

Getting others to like us is a challenge that we face from the first day we attend school. We want to be popular, have friends, and as we get older, get dates. This is a game that few us master until the rules change when we enter adulthood. Bullying and backstabbing your way into popularity becomes more difficult – the easier route is being nice to others.

Here are some ways to become more likable:

Take a genuine interest in other people. Don’t be a stalker, just honestly care about what they have to say.

Listen without interrupting. Let them finish the story without chiming in about something you think will impress them.

Respect others’ wishes and opinions. Everyone has the right to their own opinions so respect that right.

Don’t belittle others’ problems. It’s not fair to judge someone’s situation if you haven’t been there yourself.

Notice and recognize the accomplishments and successes of others. People love to be recognized for their efforts so make them feel special when they’ve accomplished something.

Thank people when they help you. Everyone likes to be appreciated and appreciation is something we often forget to give others.

Make others feel special and important. We’re all special in our unique way and we tend to like those that treat us that way. It’s very easy to point out something special about our friends, family and coworkers, but so few of us take the time to do so.

It’s important to be honest and sincere when you do these things. People can tell when you’re faking flattery so you’re better off not saying anything at all instead of being fake. So whether you have that inside connection or have to create a bond, making yourself more likable will help you get results.

How to Be Liked