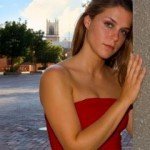 Growing up, I had a bad habit of saying the wrong thing at the wrong time. Sometimes it was because I lacked tact and good judgment. Other times, I just used words that could be taken a multitude of ways depending on the listener’s perspective. While most of us outgrow the first scenario, the second one is little more difficult to avoid. In fact, I have a humorous story to share about me making this very mistake just a few years ago.

To set up the scene, I was out with two friends and they wanted to check out a new gourmet ice cream parlor that had some interesting flavors. Of the three of us, I was the only one that had been there before so I was excited to show them some of the more interesting flavors. As we walked in, I noticed the red licorice flavor that I had recently tried. So I said “Guys, check out the red one” somewhat excitedly. My two friends gave me a mortified look and one whispered “dude, we saw it — not so loud.” I shook my head not understanding what the problem was. But then I turned back to the ice cream counter that I was just pointing to excitedly and that’s when it hit me. Next to the ice cream counter was an attractive woman wearing red pants and smiling at me.

” ran for eight seasons with most episodes focusing on a big misunderstanding. Politicians at the national level add certain words into their speeches or phrase things a certain way just so they can convey messages that can be interpreted different ways. In fact, many are purposely vague so that they can say something, without actually saying something.

So as speakers and communicators, we need to both watch out and use this to our advantage. Had my goal been to break the ice with the young woman at the ice cream parlor, my actions would have been a great way to do it. Where it wasn’t my intention, it proved to be an embarrassing moment that I was unprepared for.

So how can you prevent the unexpected from happening? Here are a few ways:

Since you can’t control the way other people hear or interpret things, don’t sweat it if something comes out the wrong way. Just laugh, explain what you meant and move on. You never know, you might end up connecting with someone you otherwise wouldn’t have or recapturing the attention of your audience. While it can be good to avoid an embarrassing moment, it’s certainly not bad if you can capitalize on one.

When Words Take on a Life of Their Own