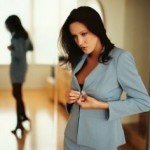 These days many companies don’t require formal dress. Some go as far as allowing casual dress — I once worked for a company where I’d go in with sneakers, khaki shorts and a nice t-shirt and feel over-dressed. But does casual dress mean that people coming in for a job interview can dress down?

Dressing for an interview is a challenge in itself: under-dressing makes you look unprofessional and overdressing may make you look stuffy. I once had a discussion about this with a former boss after we had interviewed a prospective candidate that wasn’t wearing a suit. I felt that he didn’t take his job search seriously where my boss found it to be more comfortable to interview someone dressed more relaxed. Ironically, at the time I was 23 and my boss was 33 but he was more used to working in technology where I just finished my master’s degree at a business school — so there are a variety of factors that contributed to our opinions on the situation. Ultimately, the candidate wasn’t hired as his attitude wasn’t a good fit for the group — and I felt the way he dressed for the interview was an example of that.

As for overdressing, some companies have a very casual culture (especially if the CEO is young or young at heart). Coming in wearing a suit when they tell you not to may give them the impression that you’re not willing to fit in with their culture. Recently, I was hired to give a talk to a private group where I was told to not wear a suit because the members wanted a casual atmosphere at the training session — so this a trend that I suspect we’ll be seeing more and more of.

So what do you do? Do you press your luck and hope that the way you dress is appropriate for the interview? No, you simply ask. When the interview is being scheduled simply ask about recommended dress for the interview. Don’t just blurt out “do I have to wear a suit?” Instead, word it more professionally. Say something like “I normally wear a suit to interviews but I know many companies prefer their candidates dress business casual. I just want to confirm that I’m dressing appropriately for an interview.”

When in doubt, overdress. You always want to be dressed better than the people that are interviewing you. I was once told I could dress business casual for an interview but had another interview that afternoon where I needed to wear a suit. Since both were in Boston (which was an hour ride for me), changing between interviews wasn’t an option. At the morning interview, the manager commented that I didn’t need to wear a suit. I thanked her and explained that I had another interview down the street later that day which I needed to wear a suit for. So I avoided looking too stuffy and I looked more attractive as a candidate because I had another company interested in me.

Now I’m not suggesting that you lie, but if you do overdress you can handle it by saying that you have something later on that you needed to dress up for. It could be meeting a friend for coffee or a quick stop at the library — they don’t need a detailed explanation and there’s nothing wrong with you dressing up to do either of these tasks. And if you’re not sure what terms like “business casual” exactly mean, check out my article on “Dressing for Success.”

How to Find Out the Dress Code For A Job Interview