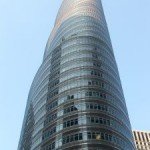 Many people that keep up with the latest trends in personal development find themselves surrounded by fads. These fads are often started by a new book, film or web site and then spread like wildfire. Some of them work while others are just noise.

One that I’ve been seeing and hearing over and over again is the concept of thinking big – if your goal isn’t big, throw it out and find a bigger one. To me, it’s just another way for people to feel like they’re moving towards their goals when they’re really not.

I’m in no way suggesting that people shouldn’t reach for the stars. On the contrary, I always advise people to not give up on a goal they are passionate about just because someone else tells them it’s too big. My problem lies with the opposite scenario – when someone is advising someone else to change their goal because they are aiming too low. In most cases, the person telling the other person to aim higher ironically hasn’t accomplished much more than thinking (and talking) big).

The challenge with goals is that they are deceptively difficult to set. When I created my goal setting program (which took several years), I realized that biggest reason people don’t reach their goals is because they’ve set the wrong goals to begin with. If you’re not passionate and committed to reaching your goal, chances are you won’t.

So shooting for something more than you actually want can have a negative effect on you. It can frustrate you, make you feel like a failure, ruin your attitude towards goal setting and take your focus off of what’s really important to you. So just as you shouldn’t cut down a goal because someone else thinks it’s too lofty for you, don’t inflate a goal just because a well-intentioned (although misinformed) person tells you that you should be thinking bigger. If you’re passionate and committed to your goal, then it’s the right size.

The Trouble With Thinking Big