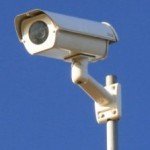 Social media is by far the great tool ever created for making the world smaller and our personal and professional networks larger. And since everyone is different, people use these tools for different objectives. Some prefer to remain anonymous while they chime in on conversations, while others, seeking stardom, would sell their right kidney to have someone mention their name. Every log in is an adventure with no telling what the next few moments will bring.

The more we use social media the more immersive the experience becomes. I liken it to a late night party when people have started coming out from their shells. In one corner, you might see a guy who’s normally shy retelling a story to a small crowd in an animated way. On the other side, there might be two people trying to outdo each other to prove how wild they are. And on the dance floor, there may be a couple having an intimate kiss acting as if there’s no one around for miles.

So what does all this have to do with social media? Well in addition to the access to others that social media provides, it allows people to shed their inhibitions. For example, the shy guy at the party may be feeling good because of something he drank or because a party is a more relaxed place than his office. So that gives him either a mask (the alcohol changing the way he sees himself) or confidence (have more social successes at the party than he does at work) to try something new. The two people trying to outdo each other (and I leave this one up to your imagination) may be caught up in the moment — just like being dared when we were kids. Or, when one sees the attention the other got for the feat, attempts to top it to grab attention as well. And then we have our romantic couple, so focused on their feelings for each other that they have forgotten that others can see them.

It’s sort of the blessing and the curse of social media. You don’t feel as shy or timid as you can hid behind a picture (and that picture doesn’t necessarily have to be you) or a username. But at the same time, it’s easy to get so immersed in it that you forget that the world is watching and that what you’re sharing is now searchable on most search engines. So here are some things to keep in mind when you use social media:

The World is Watching:

Unless you’re using a service that allows you to lock down your updates, the things you post can be seen by anyone that uses that service (and sometimes even to people who don’t use the service). And just because a service says that your updates are private, it doesn’t mean that there aren’t security holes or ways for people to see your updates.

The best piece of advice here is to not post anything you don’t want the world to see. If you own a business or are looking for work, now is not the time to post your radical thoughts on hot-button issues (unless you do it under an account not associated with you). If you’ve connected with that dream guy or gal, take your romantic conversations private. The rest of the world does not need to know about your innermost desires (although there are some people that enjoy that sort of thing).

Sometimes a Journal is the Answer:

We all crave attention from time to time and we all need to get things off of our chests. However, sometimes a personal journal is a better place to do this rather than spilling your guts to the world. While it may feel good to get some encouraging feedback from friends, you may regret sharing something so personal later on.

Whether you think your boss or the President is a complete idiot, your spouse or significant other isn’t giving you the attention you deserve or you just feel like the world would be better off without you, it’s probably better to share these details in a journal. You can always post “feeling a little sad right now” if you need someone to talk to, but take the conversation off-line so the world isn’t watching.

Since the first time a kickball champ is crowned in kindergarten, we’ve gotten a taste of popularity envy. We all want to be the popular kid: that gorgeous gal or muscular guy that everyone falls over. Or from a business perspective, the name that’s on everyone’s lips (or at the tip of their fingers as they type). But sometimes this need for attention can actually drive attention away from you. People get sick of hearing “look at me” from the same person over and over and you get tuned out. And people only fall for the “poor helpless me” act once.

A better approach is to find someone else that appears to be bored and talk to them. Lots of people out there are starving for attention so even a simple “hi” from you could make their day. Who knows, you may even make a friend or at the very least, cheer someone up.

While I’ve seen a lot of people make these mistakes (some over and over), I’m guilty of it as well. It’s easier said than done to not get caught up in the moment or try to get attention when you’ve got the blues. So don’t beat yourself up if you’ve done these things (or when you do them again). You’re only human. Just being aware of these mistakes is half the battle. Plus, mistakes can often be a good thing too — they’re learning experiences. Take risks and try new things, but just arm yourself with the knowledge that the world might be watching.

Watch How You Use Social Media