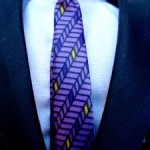 I had my first experience in training in 1996 when I was an instructor at what’s now Bentley University while earning my Masters Degree. In the brief training I had before getting unleashed upon five groups of mostly first semester freshmen, something stuck out in my mind. The syllabus that I was to hand out to my students noted that the only dumb questions were the ones that were never asked. The point of it was that you shouldn’t be afraid to ask a question out of fear that you’ll look dumb. I get it — and even bought it, for a little bit. But then after fielding some of these questions, I realized that some questions were better off not being asked.

I was reminded of this recently when someone asked me the very question that is the title of this post. It was in response to my review of the book “How to Be a Gentleman.” At first, I thought it was a dumb question. Phrases like “being open minded” popped in my head and I decided to be open minded about the question and my answer. And guess what? It’s actually an interesting question that warrants a legitimate answer.

The simple answer is “of course” — a gentleman should hold the door for any woman, regardless of sexual orientation, or any man for that matter. Today’s society is so much different than it was even twenty years ago. Women have become a larger part of the workforce and many outperform and out-earn their male counterparts. Behavior that was tolerated in the typical office just a few decades ago is now considered sexual harassment. And of course, people are more comfortable coming forward if they are in a non-traditional relationship. I live in Massachusetts, the first state to allow same sex marriage, so a wedding ring these days doesn’t automatically mean that a person is in a traditional relationship.

So what does all this mean? The bottom line is that you should be polite and respectful to everyone — men, women and children. If someone is following me into a building, especially if they are carrying something, I hold the door regardless of whether or not they have a Y chromosome. I’ll even help them if they are having difficulty carrying their load. Manners and respect never go out of style — no matter how society evolves. And we all appreciate that helping hand from a stranger when we need it.

Should a Gentleman Hold the Door for a Lesbian?

One thought on “Should a Gentleman Hold the Door for a Lesbian?”