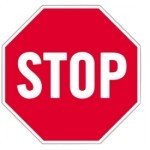 Have you ever been in a situation where someone is unexpectedly rude to you? Of course you have. And you know that rotten feeling that you get when it happens. You did nothing to provoke it, so why you? Should you be rude back? Is it worth a conflict? Sometimes it’s tempting to lash out in return, but that’s not always a good idea.

A wise older friend once shared with me after such an incident that most of the time when someone blows up at you for seemingly no reason, it’s almost always someone else (including themselves) that they’re mad at. We all handle stress differently. While I do my best to never take out my anger on someone who isn’t responsible, I’d be lying to you if I said I’ve never done that. We all try our best, but sometimes the moment gets the best of us.

I once remember hearing a story retold by Dr. Stephen Covey (author of Seven Habits of Highly Effective People) about a man sitting on train watching the way another man’s children were behaving. The kids were acting up and the man was just sitting there as if he were in another world. Finally, the observer asked the father if he were going to do something about his children. The man responded that his wife had just passed away and the behavior was the kids’ way of dealing with it. Now how’s that for changing your perspective?

Life is full of situations like this. Sometimes a coworker might not want to go out for lunch. You might think he’s anti-social or not a team player, but in reality he has a financial hardship and doesn’t want to spend the money. A friend may not tell you about a problem because she’s embarrassed about it, not because she doesn’t trust you.

While it seems like many people act in a random manner, their actions will actually start making more sense once you know what’s going on in their head. While our first instinct might be to fire back at someone or criticize them, you may regret doing so after finding out what caused the person to act like that. It’s like reading part of a quote without its full context. You may read “all people are evil” and think one thing, but then when you see it’s been preceded by “I’ve never believed that” it takes on a new, more positive meaning.

The lesson here is to think for a moment before judging someone. Don’t let your emotions get the best of you. Instead, ask yourself why this person is acting that way. In some cases, they may have bad intentions so then you act accordingly. But in most cases, they need help and lashing out is their way of getting attention.