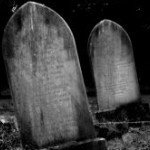 When you pass someone in the hallway in a familiar setting such as a college or office, it’s common courtesy to say “hi” to them. The same holds true when you enter a waiting area, elevator or other small area and there’s only one other person there. Sometimes, a question such as “how are you?” or “how’s going is asked?” and this is where it starts getting interesting.

When people make this kind of small talk, they often do it on auto pilot because the typical response they get is “good” and then they reply with “good.” So I recently tried an experiment. When someone passing me by or sharing an elevator with me would ask me how I was, I replied with “I’m dying” nonchalantly. Seven out of eight times, they said “good” or “cool” – they had no idea what I said – the other person asked “figuratively or literally?”.

Fortunately, I’m not sick or dying (at least not to my knowledge) but if I were, I would have felt even worse given these responses. It’s amazing how people:

In this busy world, we’ve got a million things on our minds and we’re constantly moving. We’re talking but not listening. We’re multitasking too hard. When I shared this with other people, I was told several stories where someone did say something such as “my sister died” and got “good” as the response – and her sister did really pass away.

So the lesson here is not only listen to what others are saying, but to process what you say before you say it. The secret of public speaking is thinking before you speak but you should apply it to everyday situations. Replying on autopilot can make you sound dumb or insensitive. So take the time to listen.

One thought on “I’m Dying”