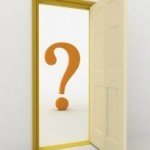 With the United States having its highest unemployment rate in several decades and several other countries facing similar economic challenges, more people are looking for work now than ever. I was listening to a radio show this week and a caller raised the question of whether it’s possible for people who have been unemployed for over a year to find a job in this job market. So the question is does having a job help when you’re looking for work or is it a necessity?

While I don’t think it’s impossible to find work while you’re unemployed (I’ve found work twice while unemployed), there certainly are advantages to being employed while seeking a new job. Being employed helps you with the perception of looking like you have more value — even though that’s not necessarily true.

Some people have found success in finding a job that truly matches their skills by first taking a job that is a step down. When you do this, you walk a fine line because you can’t exactly tell a prospective employer that you took a current job with the intention of only being there until you’ve found a real job. But what you can do is say something like “with the economy being what it is, I took this job with the hopes that I’d have the opportunity to quickly transition into a role that was better suited for my skills and experience. It turns out that my current employer not only doesn’t have opportunities for growth, but also has plans make cuts.” However, keep in mind that a lot of employers have caught on to this behavior and many employers are not even interviewing (let alone hiring) people with skills that exceed that of the position.

So how does someone without a job find a new job? Here are some tips:

So while having a job makes you more attractive to an employer on paper, it doesn’t mean you won’t find work. You just need to take a slightly different approach and work a little harder at it. These tough times have been going on for a long time, they’re due to end at some point. Just do your best, that’s all anyone can expect from you.

Do You Need a Job to Get a Job?

One thought on “Do You Need a Job to Get a Job?”