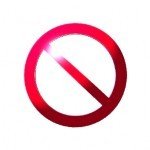 Interviewers and interviewees alike are often unaware that certain questions asked during a job interview are considered illegal questions. Now by “illegal”, it doesn’t mean that someone will get arrested for asking such a question, but it does mean that the interviewee is not required to answer it to be considered for the job. The reason why these questions are considered illegal is to protect candidates from being discriminated against when applying for a job. These questions were made illegal as part of the Americans with Disability Act. In this article, we’ll cover what the illegal questions are, why they’re asked and how to respond.

On other occasions, the interviewer is trying to discriminate but isn’t aware that the question is illegal. This often happens when the job is demanding and the interviewer is trying to screen out people who may not be able to meet the demands. For example, a job may require unusually long hours and/or extensive travel so an ideal candidate would be young, unmarried and without kids. So the interviewer may want to weed out candidates that they believe have too many commitments outside of work to be successful in the position.

On rare occasions, an interviewer may deliberately ask an illegal question. This could happen as part of a stress interview or they may be trying to discriminate and assume that the candidate would be too fearful or desperate to not comply with the question. Again, this is rare as most people don’t want an Equal Employment Opportunity Commission complaint filed against them.

Understanding why the interviewer is asking the question is needed to properly handle the situation. If answering the question doesn’t harm your chances of landing the job (ex: if you’re asked about children because the job is demanding and you don’t have children) then go ahead and answer it. Especially if the interviewer doesn’t realize that he or she is asking an illegal question, there’s no need to get stressed out, embarrass the interviewer or make a scene.

If answering the question truthfully may harm your chances of being offered the position, then you need to dodge the question. One way to answer is to say something such as “I like to keep my business and personal lives separate and I don’t see anything in my personal life preventing me from doing a great job here.” If the job is something that you think you might be interested in, you need to be careful and clear with your answer. Saying things like “I’ve never been asked that before” or “I don’t see how that has any affect on how I’d do my job” will immediately give the interview a sour tone. Instead, you might politely say something like “I’m really enjoying our discussion but I want to let you know about a mistake a friend of mine made that got him in trouble. Most people aren’t aware of illegal job interview questions and my friend asked one during an interview that got him in trouble. He didn’t get fired, but he had a lot of unnecessary stress. The reason I’m telling you this is that you just asked such a question. Now since I haven’t answered it, you have nothing to worry about but I’m telling you this so that you don’t get in trouble in the future.” This way, you look like you’re looking out for the interviewer’s best interest. He or she may even feel a little bit of guilt and that may even give them more reason to select you.

Regardless of the circumstances, being asked an illegal question puts you in a difficult situation during a job interview. The best plan of action is to be prepared for illegal questions ahead of time, so you might want to practice being asked these questions if you do any mock interviews. A little thought ahead of time can make an uncomfortable situation a little more manageable.

Illegal Job Interview Questions: How to Answer Them

2 thoughts on “Illegal Job Interview Questions: How to Answer Them”