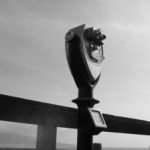 If there’s one thing we can learn from our politicians, it’s that you should always be on your best behavior because someone is always watching — especially now since most people carry cell phones that capable of taking still pictures and many can even capture high definition video. To spin that around and look on the bright side, that also means that you have a lot more opportunities than you often realize.

I can assume that if you’re reading this, you tend to deal with people frequently throughout your day. Regardless of whether you’re looking for work, trying to expand your business or simply looking to improve yourself, there’s a good chance that there are people out there that can help you. As I teach the people that take my networking courses, these people are everywhere and often in the places that you least expect.

I’ve connected with people that have helped me at conferences, seminars and professional networking events. That’s not a big deal because most of us have done just that. However, I’ve also connected with people at the gym, in an elevator, on an airplane, on vacation, while at jury duty and even in a waiting area (at a doctor’s office and while my car was having work done).

It’s our natural tendency to keep to ourselves unless we’re in a situation where we’re supposed to talk to other people. But you can often double, or even triple, the amount of connections you’ll make by just striking up a conversation with people who, like you, are stuck somewhere waiting for something. I’ve received tips on where to get hard to find products while waiting in line at the supermarket, learned about a company I was trying to get an interview with while waiting for an oil change and talked a woman into taking one of my classes during an elevator ride.

Even if you don’t make a connection where you exchange cards and set up a lunch meeting, you can still learn valuable tips and information by just being friendly. I met a guy at a gas station (while we were each filling up) who owned a nearby ski shop and told me about an organization he belonged to – I eventually spoke at one of their meetings.

So opportunities are everywhere – especially where you least suspect them. Be friendly, be professional and be kind to everyone you meet as you never know how you may be able to help each other.

Always Be on the Lookout For Success