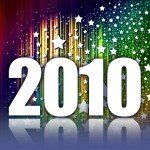 I don’t usually put personal posts on this blog but given that I haven’t posted anything in a while, I figured it’s time to at least let you all know that I’m still alive. Like most people in the US (and especially in the Northeast where we literally have wicked weather), December is a busy time for me. On the personal side, I celebrate Christmas and several birthdays of close relatives and friends. And this year was especially hectic because I actually did some traveling — I spent ten days at the Walt Disney World Resort in Orlando, Florida.

So as you can see, there wasn’t a lot of time for working, writing and blogging. Of course, that will all change with the New Year. And in fact, I have a lot of exciting things going on that I can’t wait to share and some lessons that I’ve learned that I can’t wait to not only put to use, but to also write about. But before I get to the New Year, I want to talk a little about this year.

2010 was an interesting year with its share of ups and downs. And the good news was that the ups canceled out the downs. In fact, they all revolve around one theme – that I stopped dying and finally started living. I know that’s a loaded statement, so I’ll explain.

My year started off on a challenging note. I got a rude awakening during the early part of the year during a routine health checkup. I had quit drinking soda back in 2009 which resulted in me losing seven pounds within six months. I’m six feet tall and that helped me drop down to 190 pounds – a weight I felt was appropriate for my build and height. So when the person doing the check up told me I should make an appointment with my doctor ASAP, I was shocked (as were a lot of people).

Now, without getting into too many personal details, I needed to make some lifestyle changes. My family has a history of bad things including diabetes and various forms of cancer. Fortunately, I had neither -just some bad numbers that could have meant some very bad things had I been either ten years older or ten pounds heavier. So I finally committed to the healthy habits I said I would. I started exercising each day and kicked up the intensity. I also ate cleaner — dumping garbage foods for healthier options such as fresh fruit and vegetables. At some point, I’ll post a list of some of the food substitutions I made that I found most helpful (so sign up for the RSS feed).

Of course, a healthy body also needs a healthy mind so I made sure I started enjoying life. I had one of the best summers of my life this year — the song “Alive” by P.O.D. comes to mind whenever I think back about it. All summer I was up until the wee hours of the morning either chatting with friends or working on projects that I was excited about. Then as soon as the sun rose, I woke up full of energy and ready to start my day. I probably only got about five hours of sleep per night, but I rarely felt tired and I felt like my life had balance. I even got out quite a bit and spent time with people in real life. It’s been ages since I felt like I truly made the most of summer time.

Of course, all good things must come to an end so I said goodbye to the summer. My fall started off okay, but then became somewhat challenging. Four close family members were rushed to the hospital within a matter of weeks of each other, which is never easy. On top of that, I pushed myself harder than I normally do professionally, which caused me to cut out most of the fun stuff. Since I had so much stress with my personal life, I focused on my work. I had eighteen days straight where I worked between eight and fourteen hours each day. And while I was excited to get up each morning just a few months before, I was now finding it challenging to get out of bed. As the expression goes, when it rains it pours. And this time, I was hit with the perfect storm – a storm that resulted in me losing fourteen pounds within one month between stress and loss of appetite.

But of course, it can’t rain all the time and things eventually got back to normal. I think we all hate to admit that we can’t accomplish every single thing on our to do lists, but doing this saved me (as did having a great support system of friends that I could vent to or just talk things thing out with). I prioritized what needed to be done and didn’t worry about the small stuff. And a small miracle happened, the important stuff got done. For example: during that 18-day work-athon, I met a carpenter that not only did excellent work, but had a great rate and was very honest. So I had him tackle a few projects that had been bugging me for years and were on the verge of becoming serious issues.

I created a list for all these small tasks that are nice to have, but not really important. When I have a free moment, I look at the list and try to find one or two that I can knock off. More often than not, I find one or more items that has either resolved itself or become irrelevant so it gets removed from the list. Makes you wonder how it got on the list to begin with. But just like I wouldn’t have gotten my health in order had it not been for that scare at the check up, I wouldn’t have started getting my life in order had I not gone through that period of stress.

The challenges we face in life are like the check engine lights we have in our cars. You can drive around thinking your car is running fine, and it’s not until the light comes on and you bring it into the shop that you realize there’s a problem. And yes, that problem can be a bit of an inconvenience and a financial burden, but things will run better once it’s fixed. This year, I had no idea that I had these (and other) challenges. But once I faced them and dealt with them, my life got substantially better. Now, I just need to remind myself of this the next time I’m faced with a challenge.

How I Stopped Dying