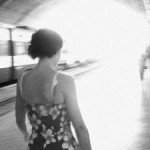 Twitter seems to be the social media service that people struggle with the most. In my classes, I tend to do a lot more explaining about it than services that are much more straightforward. Still, I think it’s the best service for making new connections if you can figure out what you’re doing.

I’ve explained how to use Twitter in another post, but one thing I’ve never gotten into to detail with is the mystery of why people unfollow other users. Twitter users tend to be more finicky and unstable than the other services due to two reasons. First, most Twitter users don’t really know how to use the service. Second, Twitter is the only major service where there are sites that rank your influence in the same manner Google ranks your web site’s authority. This complicates things because some users do what I call strategic following and unfollowing — which I’ll get to in a bit. But first, we’ll go over why you may have been unfollowed starting with the most obvious reason.

This is the most obvious reason. It should go without saying that if you post something that could offend a large group of people, you will lose a lot of followers. I made the mistake a few years ago posting on a hot button issue. Even though all I did was reply to others’ tweets, agreeing with what they posted, I still lost followers because they disagreed with me on the issue.

But again, Twitter users are finicky so you could post something about not liking your neighbors’ dogs barking and that might be enough to cause a crazy dog lady to unfollow you. Since Twitter is one of those services that doesn’t force you to use your real name and personal, many Twitter users hide behind an anonymous online profile which allows them to act strange. Some feel like a celebrity because they’ve amassed thousands of followers while others assume an alternate personal for their online profile. Rather than trying to understand their quirks, it’s best to just focus on the people that are more emotionally stable.

This is pretty common, especially among people who are new to Twitter or only follow a few people. The reasoning here is that if they see that tweets by you take up the majority of their Twitter feed, they may unfollow you. The recommended amount of tweets per day is 20 to 25, so it’s possible that your day’s worth of tweets may constitute over 50% of what they see. Rather than using an advanced feature such as lists, they may simply unfollow you so that they can see tweets from other Twitter users. In this case, I wouldn’t worry too much as these people will most likely provide little value to you.

Along these lines but something you do want to look out for is sending out a large amount of tweets in a short amount of time. The most common reason for this is perhaps you only log into Twitter once per day and the first thing you do is reply back to tweets that you were mentioned in. So in a fifteen minute span, perhaps you’ve sent out 30 responses. Some Twitter users may not like this and unfollow you. The good news is that you can fix this by scheduling your replies so they are spread out. There are a number of applications such as Hootsuite or TweetCaster that let you schedule your tweets.

You use Twitter as an instant messenger or chat service:

The point of Twitter is to share information and interact with other users. Some people make the mistake of having too many casual conversations in their public Twitter feed. This can annoy some Twitter users in the same manner as sending out too many replies. It’s okay to tell someone how you’re doing, but it’s a better practice to use direct messages (Twitter’s private messaging system) for lengthy conversations that only one other user might be interested in.

This is more common than you think and often a hard pill to swallow. Some people post too much information on Twitter such as that they’re getting ready for work in the morning, they had a long commute, the details of their day, their ride home, what they had for dinner, etc…. Others post nothing but movie quotes, song lyrics, or links to their latest blog articles.

The trick with Twitter is post interesting information to engage others by having them reply to your tweets or retweet what you posted to their followers. This is easier said than done as something that you post may interest one subset of followers but another set may not be interested. I ran into this where some people that followed me on Twitter were only interested in what I would post about public speaking while other people found public speaking boring and would only engage with my updates that were personal in nature such as when I’d share an observation or song I liked.
It can get frustrating, so the key here is to just remember that you can’t please everyone so don’t worry too much about it. Do your best to provide interest content and you’ll naturally attract an audience to engage.

There is a practice on Twitter that I absolutely detest. Some people will follow thousands of people in the hopes that they get followed back. Once they reach a certain threshold, they start unfollowing everyone. So they look like a celebrity because they have 50,000 people following them, but they only follow 168 people. I hate that practice so much that when someone does that to me, I block them.

The reason people do this is that there are a number of sites that rank your influence on Twitter. These rankings are used so that people can get paid to tweet. So if someone has 50,000 followers, they may make $30 to tweet a link for someone. If they do this 10 times a day, it’s $2100 per week (which translates to over $100,000 per year).

You don’t make the grade:

Not as bad as the blatant mass follow/unfollow but still frustrating are the people that are obsessed with rankings and use strategic following. What this means is that they only want to be followed by people who have high rankings as that increases their own rankings — Google works in a similar fashion for page rank.

So what these people do is use a tool that analyzes their followers and recommends people to unfollow. These could be people whose number of followers is less than the number of people they follow. It could also be people who only post links, never interact with other users or only post once per month.

It’s easy to get obsessed with why you lose a follower or two on Twitter. My advice is to not worry about it unless you’re finding a trend that your numbers are dropping over time. These reasons that I’ve shared just show how fussy some Twitter users can be. I personally don’t unfollow people for any of these reasons — the only reason I unfollow people is if they unfollow me or don’t follow me back. Everyone has their own way that they use Twitter and with a few hundred million accounts out there, they are thousands of people to connect with that can make it a great experience for you.