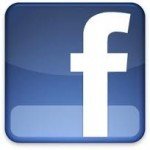 I’ve been saying for a while that I question how long the world’s most popular social media service will retain its popularity. Yes, there are security and privacy issues that come up from time to time and some of the games and activities on there can waste people’s time to the point where they put their jobs at risk. But what I feel will do in Facebook is that it will become a victim of its own success.

Facebook is all about connecting people. Back when I first started using it, I can remember staying up several nights until 3:00 am looking up people I hadn’t seen in over a decade. Throughout the last few years, I’ve reconnected with old friends, made new ones and even added classes and training related to Facebook to the services my business offers.

So why am I starting to hate it? Well it has done such a good job at connecting people and making it easy to share your thoughts or what you’re doing that I’m starting to realize that I really don’t want to know as much about my friends as I’m starting learn. Yes, I think it’s making people communicate too much and too personally.

Over the last week, I have heard more than I want to about Susan Komen dropping and reinstating funding to Planned Parenthood, how evil Obama and/or the Republicans are and how you’re a bad person if agree or disagree with allowing same sex marriage. These issues all have valid arguments on each side which I don’t care to get into here, so I don’t mind people having an opinion even if it’s different than mine. The problem I have is with the fact that so many people choose to share their opinions in a manner that is both condescending and disrespectful for those that choose to disagree. And the worst part – these people are trying to promote their businesses and/or career at the same time.

So bringing this back to Facebook, it has succeeded in its mission to connect people and allow them to share information. But it has failed in thinking that people could do in a professional and mature manner. And why am I starting to strongly dislike it? After all, I can simply ignore what I see, hide people from my feeds and take a number of actions so i don’t have to look at someone else’s “free speech.”

What I don’t like is the fact that it’s causing people to dislike the way some of their “friends” are acting – and in my case, it makes me wonder about people’s judgement. But more importantly, it’s causing people to de-friend each other because of something stupid one of them posted that they never would have shared in such a manner, especially publicly, in real life.