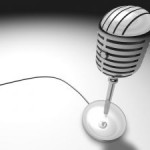 It seems that whenever the topic of public speaking comes up, the topic of Toastmasters often follows. If you’ve been reading my blog for more than a few weeks, then you probably know my position on Toastmasters: I recommend it, but only if you choose the right club. This review will take a look at some of the areas where things could be better.

Through the years I’ve come into contact with thousands of people who have been involved with Toastmasters. Some only attended a single meeting as a guest while others have become International Directors. While the feelings towards this organization vary, most people love it and a few hate it. Personally, I have mostly positive feelings and experiences that I’ve accumulated over my four years as a member, but I also had a few not so good experiences as well. So when someone who had mostly negative experiences with it challenged me to write about the not so good things, I figured it would be an interesting challenge. His exact request was “tell me about some of the things you hate about Toastmasters.” Of course, I don’t hate per say anything about Toastmasters, so I’ve listed the things that peeve me the most. Additionally, I’ve include how to avoid or remedy the situations.

My biggest pet peeve with Toastmasters is the people that think they know everything about speaking, yet rarely speak outside of Toastmasters. Fortunately, these people are a small minority. But unfortunately, they are a very vocal minority that can ruin a club and turn people away from Toastmasters. One time after an event, I was talking with one of the other presenters and someone from Toastmasters came over to share his evaluation (we didn’t ask for it). I was criticized for starting with “Hello” while the other speaker was given a laundry list of things such as how many “ah” and “ums” he uttered. I laughed it off, but the other guy got very upset. He asked the Toastmaster how much speaking he did. The Toastmaster responded with his awards which translated to roughly 20 or so speeches. Then the other speaker asked him if he had ever been paid for a speech and the Toastmaster said he had not. The other speak said “well, I make my living giving speeches so when you can find someone willing to pay you for a speech, then you can give me your feedback.”

I have pointed out on many occasions that some of the things that people in Toastmasters obsess about aren’t such a big deal in real world speaking. In fact, many of the people that do well in Toastmasters find it challenging in the real world because the audiences are so different. The loud shouts to get attention, perfectly worded introductions, over-exaggerated gestures and other tricks that impress your club don’t always work in the outside world. I know because I’ve had it happen to me. I remember giving a speech to a group of about 50 people and throwing out all of my best tricks that my Toastmasters audiences loved, and none of them having any effect.

Now the reason for this is that most of the people in your typical Toastmasters audience are good, positive people. They’re a respectful audience and they’ll give you attention and positive feedback whether you give a very good or a very bad speech. And by design, Toastmasters isn’t about discouraging people from speaking so the primary focus is on what you’ve done right with some constructive feedback tossed in.

How do you deal with this? Very simple — speak outside of Toastmasters. You’ll learn as much about speaking by giving two speeches to a “live” audience as you would in 20 Toastmasters speeches. Now, you’ll want to give at least seven speeches in Toastmasters before doing this because you’ll work out many of the kinks of your talks and build the confidence you’ll need to face a real audience. You’ll also want to give people an anonymous way to leave you honest feedback so you can learn what worked and what didn’t.

Like any group (professional or social), Toastmasters sometimes has its “cool” people and everyone else. Sometimes it’s at the district level and sometimes it’s at the club level. I was fortunate that the club I spent over four years in never had this issue at all — historically they have been very welcoming to all and are still like that today. I did belong to another club where this was an issue and rather than try to fight it, I did what I could to make the best of it.

The real solution here is to avoid clubs that have this issue. Sometimes, you don’t see it until after you join or sometimes it just crops up. A clique forms, and if you’re not part of it, you feel like an outsider and start getting less and less value from your Toastmasters experience. When this happens, you can try to start an open dialog with the club and see if others feel that way too. If a significant number of members feel that way, then it’s time for the club to do something about it.

As I’ve mentioned in prior posts, I was fortunate to have worked with a great set of officers the year I was Club President. Everyone gave 100% and the club thrived. We tripled overall membership (as well as the number of active members — people that participated regularly), hit all 10 goals (some more than once) and had a fun year. The following year, I was an Area Governor and three months into it, one of my clubs folded. The woman that was President worked extremely hard to keep the club afloat, but she had no support from the officers or the members.

On a larger scale, a few years later my district saw two of the worst District Governors in the district’s history. One was so horrible, I decided to finally quit Toastmasters – I was unable to attend for months due to my speaking schedule so she motivated me to not renew my membership. The other one was even worse — she was essentially fired from her post and they brought in an International Director to fill in for the remainder of her term. These two women didn’t care about anything but themselves and had large egos. The district as a whole suffered during those two years.

At the club level, you can try to fill a vacant officer position or run for a position when elections are held and try to change things. But there are no guarantees that it will work. Your best bet often is to find a new club. If that’s not a viable option, you need to talk to the other members and see what you can do. Maybe one or more officers would welcome the chance to step down. Keep in mind that a lot of people have busy lives outside of Toastmasters between their careers and families, so it’s not that they are bad people or even have bad intentions. So be mindful of this. Offer to pitch in and help if you can and get others to. Your club is a community, so work together to make the most of it.

So these are my biggest pet peeves about Toastmasters. While they can become serious problems, they almost always can easily be dealt with. And while the word “hate” is in the title of this post, I don’t actually hate anything about Toastmasters — I just used the word because that was the question I was asked. I still recommend Toastmasters to those who take my Public Speaking classes and will continue to write about this great organization.