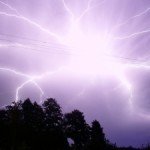 For the past several years, we’ve all been subjected to the grim economic outlook that most media outlets are focused on. Even when a good report comes out, it’s often followed by more of the bad news thus neutralizing any positive effects. While it makes great news, it would be much better if instead of making it worse by constantly focusing on it, they instead reported on people who have learned to deal with it. Since they won’t do it, I guess we’ll just have to discuss how to stay focused on your goals while the rest of the world is screaming that the sky is falling.

First, it’s important to be aware of what’s going on so you can prepare adequately and to not be in denial about things. But it’s also important to keep in mind that there are things we do have control over — such as our minds and our actions. So although it can seem impossible at times, the opportunity to do extraordinary things still exists.

It’s the tough times that test our resolve and commitment. I think back to when I was a kid and regularly played after school sports. The kids that were serious about sports (and eventually became the stars of the varsity team a few years later) were the ones that would play every day, even when bad weather hit. The ones that weren’t passionate about the game or were only there because their parents made them, would take advantage of every excuse to go inside and do something else.

To use soccer as an example, imagine there are 20 kids that play regularly after school. There’s one soccer net that they’re all practicing kicking the ball into and therefore they need to take turns. So within an hour, they each get roughly three minutes of kicks in on a typical day.

The following day, it rains and only ten of the kids show up (for the sake of argument, let’s assume that there’s no lightening nearby and everyone is dressed appropriately so they don’t get sick). Not only are they pushing themselves harder because the mud and rain add a little bit of complexity to the game, but because there are fewer kids out there, they get double the kicking opportunities. So while their disinterested friends are inside playing video games, the hardcore players are out there improving their skills and getting the equivalent of two days of practice in.

Translating that to the real world, there are people that simply give up when times get tough. It’s easy to get discouraged during challenging times, but these are the times that it’s most important to be strong. By staying focused on your goal and not getting sidetracked by the talking heads on TV, you can come out of this thing stronger than ever.

Best Buy and Circuit City are a classic example of this rule. During the last economic downturn, Best Buy continued as planned where Circuit City cut back. Circuit City was never able to catch back up with Best Buy and has since closed down. So remember that the companies and the people that continue to keep at their goals during these tough times will only come out stronger in the end. The people who sit out the storm and try to reestablish themselves when things are good again (and they will be good again — sooner than most people think) will be playing catch up. Which kid do you want to be?