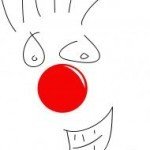 While I recommend Toastmasters to my classes and clients, it’s not always the perfect solution for becoming a good speaker. It’s hard for me to not seem wishy washy on the subject because my four plus years in Toastmasters were mainly positive. Yes, there were those not so good moments, but in general I enjoyed being part of an amazing club and making some excellent friends.

With that being said, there are a lot of things to look out for with Toastmasters. The main culprit is the focus on style over substance. People overdo style in their speeches and Toastmasters audiences love them. I’ll never forget the first (and only time) I sat through a district speech contest. Some of the speeches were good but others, including the one that won, were far from impressive. It was at that point where I realized that winning speech contest doesn’t really amount to anything outside of Toastmasters.

I recently came across a video of a speaker that to me is the perfect example of what’s wrong with Toastmasters. You can view it below:

There are couple things of interest here. First, the audience loves the speech. If this guy gave this speech to pretty much any audience outside of Toastmasters, he would not get such a positive reaction. I’m not saying that his material is bad, but it’s hard to find the point of his speech beneath all the goofy vocal variety, exaggerated gestures and the crazy outfit.

Second, its’ supposed to be a funny speech but because it is, again, so goofy, a lot of the clever humor (such as where his tattoo is and the jokes about the biscuit) is missed. The sad part about it is that it probably could have been a good speech. I don’t think the speaker is a bad speaker and the speech itself (if you can focus on it) isn’t so bad. But the delivery is absolutely horrible. And the fact that this guy is not alone in thinking that this is acceptable for a speech is the main problem with Toastmasters.

The Problem with Toastmasters

4 thoughts on “The Problem with Toastmasters”