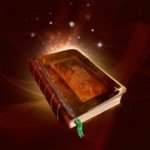 It’s no secret that most people associate some sort of discomfort with public speaking. In fact, many people flat out hate it. I believe part of the reason for this is that there’s a lot of advice on how to be a better speaker (and even how to get rich from public speaking) that is either only semi-accurate or in some cases, completely inaccurate. So when people follow it and it doesn’t work they get frustrated and think that there’s something wrong with them.

The good news is that it’s usually the advice that’s bad and not the individual. I have a huge problem with these “one size fits all” programs that allegedly help people succeed — in reality, the only person that gets rich is the one selling the program. And now these programs have moved to the world of public speaking — some making ridiculous claims like you can be better speaker without getting up and speaking to groups.

What I’ve done is taken the five worst pieces of public speaking advice that I’ve seen making its rounds. I’ve already labled many of these “tips” as myths and debunked them in prior posts, so feel free to click on through to get a more detailed analysis of why these “pieces of advice” are actually pieces of something else. So if some alleged presentation skills expert fires off one of these beauties, don’t even consider hiring him or her. If you see it in a book or hear it in an audio program, return it to get your money back. Chances are, following the other advice you’d potentially get would do you more harm than good.

1: Joining Toastmasters will make you a better speaker.

I credit a lot of my success to Toastmasters and have seen a lot of folks overcome their fears and become great speakers through the Toastmasters. But I’ve also seen almost the equivalent number of people join and only be seen a handful of times before their semi-annual dues expire.

To succeed in Toastmasters you need to find a good club that fosters growth, take an active role and have the discipline to attend meetings and speak regularly. If you actively participate in a good Toastmasters club, you will be a better speaker. Otherwise, you’re just spending money to put something on your resume.

I developed a fear of public speaking in high school. My first job as an instructor (which required me to teach 5 classes per week) when I was in graduate school helped me quickly overcome that fear. But after four years of working as a computer programmer which required no public speaking, I found that my fear returned.

To use a more accurate analogy, public speaking is like exercising — you have to work at it continuously to stay “in shape.” If you ran a six minute mile in high school but haven’t exercised in three years, you most likely won’t be able to run a mile in six minutes today. You have to keep at it to keep your public speaking “muscles” in shape. I recommend speaking to a group at least once every three months to stay in speaking shape.

3: There is no such thing as a dead audience.

I’ve heard a number of so called speaking experts say that if you’re truly a great speaker, you’ll be able to revive any audience. That might be true in their fantasy land where they wow their audience with their gestures and vocal variety. However, in the real world where people (and sometimes entire audiences) have issues, problems and concerns on their minds, it’s not unrealistic for audience members to focus on more important things than your speech.

If you’re speaking to a corporate audience that recently received bad news (layoffs, death of a coworker, lower than expected earnings, scandals, etc…) then all the vocal variety and motivational stories in the world won’t get them to focus on you. Nor can you rally an organization that recently had a big setback which has dampened the mood of the audience members. And sometimes, a prior speaker can say something that infuriates the audience to the point where they’re still angry when you start. These situations are rare, but they do happen.

Nearly every public speaking program I’ve seen or heard contains this advice — it’s like they all copied this advice from each other. They all state that you must grab the audience’s attention within the first five seconds of your talk otherwise you’ll lose them. Newsflash: this is absurd.

I have seen hundreds of speeches in person over the last decade and hundreds more on television. While I’m sure some of these speakers followed this rule, I can’t think of any off the top of my head that did. And when I think of times when I’ve lost interest in a speech, it was because the speaker didn’t grab my attention in the first 5 minutes, not the first five seconds. So next time you’re planning a speech, don’t knock yourself out trying to get that killer opening line. You have your first several sentences to create interest and draw them in.

5: Imagining your audience in their underwear will make you less nervous.

Au contraire. I get asked about this in nearly every speaking class I teach and my response is that it actually makes you more uncomfortable. It distracts you from important things like remembering your speech and depending on who is in your audience and your current state of mind, it can either turn you on or make you sick. And yes, neither of those sensations will help you during your talk.

I don’t know the real origin of this idea, but I remember seeing an episode of the Brady Bunch from the 1970’s where one of the children had to give a speech and was given this advice to prevent nervousness. It may have worked back then, but in the post Victoria’s Secret era this has potential for some embarrassing Freudian slips. Some folks recommend visualizing your audience wearing funny t-shirts, but again, it distracts your mind from your talk. You’re better off practicing your speech so you know the material cold and then focusing on your material.

So these are my top five “anti-tips” on public speaking. As I see more propagating themselves, I’ll be sure to point them out in future posts. So keep an eye out on this blog for updates.

One thought on “The Real Reason People Hate Public Speaking”