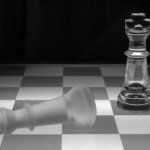 It’s amazing what can happen when someone overhears something out of context. Frankly, some of the word choices we make can be improved significantly, mainly the way we talk about ourselves. A lot of us are guilty of self-depreciation — I tend to use it a lot in my classes just to add some humor and levity to the class. But I’ve seen some people take it a bit far where their entire personality is dumping on themselves. It’s not the best way to become a confident and successful person.

So that leads me back to the title of this article. Have you ever heard someone say (or you yourself said) “I could kill myself”? The speaker’s intention is not that he or she wants to commit suicide, it’s just another way to say that one was embarrassed. Again, not the best choice of words, but it’s pretty common. And of course, while I’m working to stop using phrases like this, I’m guilty of doing this from time to time. In fact, a while back I was having lunch with a big group of friends and was having a side conversation with one of them. We were talking about exercising and pushing ourselves so I mentioned how I was upping the intensity of my workout for that particular week. The exact phase I used was “I’m going to kill myself this week with this workout” meaning that I was going to push myself as far as I could. I know it sounds morbid, but it had a positive connotation.

Of course, someone else in the group overheard that part of the conversation and stopped me. He asked if he heard me correctly and then proceeded to tell me about how much I had to live for. I started laughing and explained the context. I also assured him that my personal beliefs prevent me from committing suicide and that it was a very poor choice of words on my part. It of course got me thinking about empowering words and how the words we use have an impact on our thoughts. When you’re constantly talking in a negative tone, your mood shifts in a negative manner. Conversely, when you talk in a positive tone, your mood becomes more positive.

Sounds simple right? Well, it’s much easier said than done. I used to always speak negatively about myself — I grew up around people that weren’t comfortable with others’ successes, so I did it to fit in. But as I grew up, I learned about how our words affect our thinking and started to rephrase things. Instead of “I messed up, I’m such an idiot” I say “Sorry I made an error. It happens, I’ll correct it.” Instead of “I feel like a failure” I say “things didn’t go my way today, tomorrow will be better.” I know it sounds silly but it actually works. If you can do this with 50% of the negative things you say, you’ll not only notice a difference but so will the people around you.

You may have heard the phrase “you are what you eat” but you also are what you think and what you say. So for the next week, try to watch what you say about yourself. If you catch yourself saying something negative, then stop and correct yourself. The more you condition yourself to speak in the positive, the less you’ll find yourself having to correct the negative. Again, try it for a few days and note the difference in how you feel and how others act towards you.

I’m Going to Kill Myself This Week