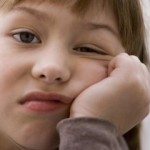 It’s unfortunate, but not all audience members treat speakers the way we’d like to be treated. People have a very short attention span and it shows. Instead of listening to the speaker like we were taught to in school, people are having side conversations or playing with their BlackBerrys in the middle of your talk.

This topic came up in my public speaking class last night and we had an interesting discussion about it. While many speakers think that this is caused because they are boring the audience, the truth of the matter is that some people are just rude and/or inconsiderate. I’ve seen this happen in a variety of situations and here are just a few examples:

While this type of behavior makes up a small percentage of audience members, it happens a lot more than one might think. So what do you do? Here are my top three tips in order of effectiveness:

1. Jump right into an exercise:

This isn’t always possible depending on the time limit of your speech and your topic. But if you’re really creative, you can pull this off. Exercises force people to pay attention to you because you’re asking them to do something. They can’t hold a side conversation or play with their iPhone when they need to perform another task. So here are some tasks you can throw at them (keep in mind that not all of these may work in your situation so practice a few as part of your prep work):

Not everyone involved in a side conversation is rude. Sometimes a person is actually trying to be polite to the rude person by listening to them instead of telling them to shut up. Other times, the people involved don’t realize what they’re doing. A joke is a great way to bring focus back to your speech (provided that it’s funny) because people sitting around the rude people will laugh and the rude folks will think “wow, what did I miss? Maybe I should listen more closely.”

When I was teaching in college, my classes were mainly freshman students that were 17 or 18 years old. While they are more focused than your average high schooler, they are still quite prone to distractions. I once remember a male student constantly flirting with an attractive female in the class who wasn’t interested. Finally, I stopped and said to him “you have almost four full years of college left to ask her out. If you miss this lesson, you might have five.” It got a laugh out of everyone and got him to focus.

I used to talk to a lot of service clubs when I first started out as a speaker. During one of these talks a woman got up and walked across the room to start conducting club business in the middle of my speech. I just stopped and looked at her and she said “sorry, I just wanted to talk about this before we had to leave.” I told her that I didn’t realize that we’d get kicked out as soon as I stopped talking and that if she’d like, I could stop immediately. The rest of the audience glared at her with a bit of hostility and one person shouted at her “can’t you wait until he’s done?” While I was tempted to be mean about it, I simply said “now that’s okay, she probably has to leave right after the meeting” and then finished up my talk. It was enough that no one in the audience (should they have had the desire to do so) would have done the same thing and that she probably thought twice about doing it again.

So these are three ways you can deal with rude audience members. As much as it may infuriate you, remember to not let it get under your skin. You don’t want to make enemies out of these people or look like a baby, but you also want to minimize distractions for both you and the rest of your audience. Next time you’re about to give a big speech, pretend someone is being rude to you while you’re practicing. It’ll definitely help you be prepared when it actually happens in front of a live audience.

How to Deal with Rude Audience Members

2 thoughts on “How to Deal with Rude Audience Members”