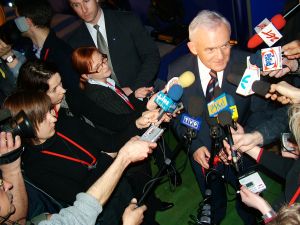 All too often, we have people in our audience that love to ask questions. Sometimes, their intentions are genuine as they either didn’t understand a point you made or have a real interest in learning more about something you had said. Other times, their intentions are less than genuine as they want to show off their knowledge, appeal to their own ego or make you look bad. And of course, there’s the clueless questioner who doesn’t get the material and doesn’t mind holding up everyone else.

Regardless of why the person is asking a lot of questions, it can be an annoyance to the rest of the audience so you need to address it. We’ll discuss the motives in a bit more detail and get into what to do about them. So we’ll group them into three categories: the Eager Learner, the Show Off, and the School Bus.

The learner is someone who is interested in what you’re saying and desperately wants to learn more. If he or she is confused or doesn’t understand everything you say, you’ll be asked for clarification. It would be great to have so much interest from all of our audience members — right?

Eager Learners are usually okay as audience members until they start asking questions. They’ll monopolize the chance to interact with you in the same fashion a star struck groupie would a rock band. They may be a fan of yours or just feel like they can relate to you.

This is why they must be handled delicately when they start annoying your audience — you don’t want to hurt their feelings or make them disinterested in you or your topic. So you just need to handle them carefully. Say something like “I’m glad you’re really interested, could you and I chat about this later on?”

Now that would normally give them the hint, but if they continue (which does happen), you’ll just have to be a bit more direct and say “these are all great questions. I’d like to talk to you more after I’m done up here so would it be okay to give some other folks the chance to ask some questions? I can still answer yours privately afterwards.

The Show Off is the worst of the three types of FAQers (Frequent Asker of Questions) because they are trying to steal your spotlight and capitalize on your hard work and preparation. These people are typically self-absorbed and think they are smarter than everyone else.

I once attended an event where someone was demoing a new software program. A guy in the front row asked a question at every opportunity he could find and it was clear that it wasn’t so he could learn — he would ask questions in an accusatory manner and then look to the audience for approval. At the end of the event, he won a raffle and was essentially booed when he got up in front of the audience to claim his prize.

Throughout the presentation, the presenter (who was visibly annoyed) tried to ignore the person’s raised hand and even would cut short the Q&A. A more effective approach would have been to comically ask the person if he could let someone else ask a question or make a joke such as “wow, you know a lot about this — maybe you can fill in for me at my next event” and then request he allow others a chance to ask a question. Or, if he wanted to keep things professional, he could have complemented him on his knowledge and then politely asked for him to hold all his questions until after the event.

You’re probably wondering where this analogy comes from. Where I live, school buses pick up children and take them to school. One law in my area is that all cars (on each side of the road) must stop when a school bus is dropping off or picking up children. Some people have the same effect on us as speakers — they stop everything until they’re ready to move on.

So what makes someone a School Bus? It’s usually a person that not only is clearly not getting the material, but someone who doesn’t mind holding everyone else up until they’ve got the knowledge they want.

The best way to deal with a School Bus is to let them know that you can provide them with additional material after your talk that will help them understand things better. Some speakers will try to embarrass the person by subtly pointing out their lack of understanding of knowledge, but some audience members may not like that so it’s best to be professional. Show the person (and the audience) that you want to help, but also stress the importance of giving everyone a chance.

When you speak to groups frequently, you’re likely to run into some odd situations. Just be prepared, polite and professional and you’ll be able to handle these people more smoothly.

Public Speaking Success: What to do When Someone Asks Too Many Questions

6 thoughts on “Public Speaking Success: What to do When Someone Asks Too Many Questions”