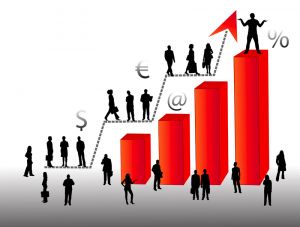 Along with “what are your strengths and weaknesses?” another common question asked by prospective employers is “where do you expect to be in three to five years?” Skilled interviewers ask it to get a feel for what your goals are, but many novice interviewers ask it without any real forethought about what type of answer they hope to get — thus making it a potentially tricky question.

The trick to answering this question is making sure that your goals are in line with that of the company and the hiring manager. “In three years, I’ll have your job and I’ll have your boss’ job in five years!” is usually not an acceptable answer and can often prevent the interviewer from taking you seriously (although it did work for a friend of mine). Yes, it can show that you’re motivated and goal-oriented, but even if you say it confidently and sincerely, it might not be what the interviewer wants to hear.

If you don’t believe that this question can help or hurt your chances, I can tell you from personal experience that it can. A few years back, I was asked this question during an interview and provided an honest answer, but it wasn’t what the interviewers wanted to hear. The job was an individual contributor role and I said that my three year goal was to move into management. The organization was quite mature and didn’t have many opportunities to grow beyond a technical role, so they were looking for someone that was interested in growing technically. Although they had interviewed several candidates, it was down to me and another candidate and the other person ultimately ended up getting the job. The recruiter that represented both me and the other candidate told me afterwards that the interviewers were concerned about whether or not I’d get bored with the lack of opportunities to move up.

So how should one answer the question? Here are some tips:

Job Interview Questions: Where Do You Expect to Be in Five Years?

4 thoughts on “Job Interview Questions: Where Do You Expect to Be in Five Years?”