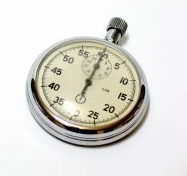 The time limit: it can be fatal in the case of a Toastmasters Speech contest, but it’s not limited to just Toastmasters. I’ve seen speakers and trainers do a fabulous job with their presentations but have turned the audience’s perception of them negative but talking too much. As speakers, we naturally want to provide our audience with maximum value but less can often be more.

There are some speakers that have the crowd so mesmerized that the audience doesn’t want their talk to end. It’s like a thrill ride at Disney World and people are enjoying the presentation, imagining their lives transformed from the wealth of knowledge they’re learning that they want more. We all want to get to that level — which in addition to presentation skills and good content requires an extensive amount of planning and image marketing to build that perception before the speaker hits the stage.

In most other presentations, we don’t have that luxury. We have limitations that have nothing to do with our speaking skills. Sometimes the audience is filled with people who don’t want to be there and no matter what we say or how we deliver it, they would rather be somewhere else. Other times we have just too much material and not enough time to deliver it.

The point is that if you’re supposed to end at a certain time and you don’t, you’ll notice the energy level of the room suddenly drop. People expect a program (especially workshops and multi-day seminars) to end at a particular time and once that time hits, they automatically stop focusing on the presentation, or worse, have hostile feelings towards the presenter that is keeping them from whatever is next on their busy schedule.

When I first started teaching my communication courses, I used to think that the attendees weren’t happy with the class because they’d leave as soon as I was finished — even if it were a few minutes before the class was scheduled to end. They signed up themselves and paid with their own money, so I figured that they’d be glad to get an extra ten minutes of content or at least want to go to the time the class was advertised to end.

But then I looked at it from the audience’s perspective. I thought about the times where I’ve been an audience member and how, even when I’ve been interested in a topic, I would get a little fidgety if the presentation went past the scheduled time — especially if I had something else shortly afterwards. I realized that people had more on their mind than just my public speaking class. Yes, they liked the class but there the classes were at night so people worked a full day, rushed home to see their families and grab something to eat and then rushed out to my class. By 9:00PM when the class had ended, most of these people had been up and about for well over 12 hours.

So instead of trying to cram 30 minutes work of material into five minutes, I’ve learned to end the class a few minutes early to give those who were tired a break (they wouldn’t get much out of it anyway) and instead allow those who were still ready to learn more a chance to ask questions about the material.

As speakers, we’re inclined to present all of our material even if it means going over time. Don’t do it. If you find that you can’t cover all your material, offer to send out a summary as a handout (either printed or via email) — this doubles as an effective excuse for keeping in contact with the members of your audience. Even if you started late because of someone else going too long before you, it’s up to you to end on time and the audience will appreciate it.