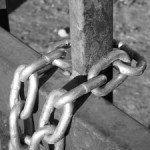 I recently came across a piece of advice that I’ve seen a lot of folks recommending (and they of course claim to implement it themselves). The piece of advice is simple — each night before you go to bed, forgive those who have wronged you that day. It’s a zen-like attitude to clear your mind and conscience so that you can rest well and be more focused the next day. But does it really work?

I decided to try this out last night, but I’ve modified it a bit for two reasons. First, the piece of advice is really geared towards minor infractions such as someone cutting you off in traffic, taking the last slice of pizza or even being mean or abrupt with you. Let’s face it, it’s sometimes hard to forgive people that you feel have wronged you or disrespected you so the next the best thing to do is forget them. It’s not for me to tell you that you’re crazy for being angry for a week about someone cutting you off without signaling — but I will tell you that I know a woman that cited her husband’s complaining for six hours about getting cut off in traffic as an example of the behaviors that caused her to file for divorce.

The second thing is that sometimes people commit a serious misdeed against you that you simply cannot forgive. They may have hurt you physically or even raped you, or they may have stolen from you. While there are some people that can forgive this type of wrongdoing, most of us can’t. I can think of a handful of people that I’m not ready to forgive and am actively trying to forget. This takes time so don’t worry if you find it difficult. Instead, your best bet is to move yourself a step away from the person and/or the incident. So here’s the advice, in my new restated form:

Every night before you go to sleep, forgive those who have wronged you that day so you can prevent yourself from letting them hurt you over and over. If you can’t forgive them, then forget them. If they’ve wronged you severely and you can’t forget them, distance yourself by one small step. Allowing hatred and anger to build up within you will only distract you from your goals.

I will admit that I’ve been one to hold grudges. A couple years back, I recalled something that someone did to me over 10 years prior (this person tried to embarrass me so he could look good) and it infuriated me. I was angry the whole night over something that was silly and had no current impact on my life. I also used to try to catch up to people that cut me off or annoyed me in traffic so I could get in front of them and “win.” Talk about something that’s not only stupid, but dangerous.

People have let grudges destroy relationships, marriages and lifelong friendships. They’ve let their anger over something the rest of us consider small ruin their evening, day, week or even a vacation. Remember that life is too short to be upset over things that really don’t matter in the grand scheme of things. If that sounds crazy to you, I know exactly how you feel because that was my reaction a few years back when someone said the same thing to me.

I’ll leave you with one final thought — a quote that I can’t remember who originated it:

Every minute you’re angry robs you of sixty seconds of happiness.

Remember that each day we’re all given 86,400 seconds to do as we wish. You can’t get those seconds back so don’t waste them being angry over things that have already happened. Learn from your mistakes and move on.

Personal Success: When People Have Wronged You

One thought on “Personal Success: When People Have Wronged You”