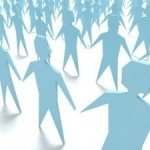 You’re probably wondering if I’ve gone crazy with this one. Yes, I still blog about networking and still teach a class about it. But I wanted to share something that came up in a conversation after a breakout session I did on, you guessed it, networking. One of the attendees asked me if networking was for everyone. My answer was that everyone can benefit from good networking but sometimes networking opportunities (as well as networking events) can be a waste of time, and in some cases, counterproductive.

The real problem with networking is that a lot depends on the other person (or people) that you meet at the event. Some people just aren’t good at networking or are there just to brag about their current endeavors and end up simply wasting our time. Other times, we’re not properly prepared for a networking event and we leave the event feeling like we could have better spent our time. So here are some ways a networking event can be a waste of time and what you can do about it:

Many people that attend my networking seminars are surprised when I tell them the most common mistake at networking events is to be unprepared. I’ve met a lot of folks at events that are there because “it sounded like a good idea” or because someone else told them to go. Set goals for each event and figure out what you’re going to say to people once you’ve got the conversation started.

You have unrealistic goals:

It truly amazes me how many times people have told me that networking events are a waste of time because they didn’t sell anything, get a job lead or connect with a prospect. Were there people at the event that could have helped you? Maybe, provided it was a big enough event. But a lot of times, it’s our own abilities as networkers to connect with the right people that lets us down.

The event was a dud:

A lot of people think that the size of the crowd is what matters most. While more attendees increase the chances of you connecting with the type of person you’re seeking, I’ve connected with people at small events (10 to 20 people). The real problem is the type of people that attend the event. It’s not uncommon for job seekers to get frustrated at networking events because everyone else there is looking for a job. It also doesn’t help when the group is too diverse so that no one has anything in common. The trick here is to find the people that can help you most – I’ve been to too many events where one person thought it was a dud yet another found it to be a great use of time.

You connected with the wrong people:

Just like many people fail to prepare for a networking event, many also fail to follow up afterwards. A few months back I had lunch with a friend shortly after we both attended a networking event. We both found it surprising how so few people followed up with us afterward (many were job seekers that didn’t bring resumes). So it’s easy to get frustrated when you’ve done your part, thought you made a great connection (or more than one) and then nothing materializes from it.

You didn’t have your networking mojo:

Let’s face it; we all have bad days from time to time. Some days we’re simply in a bad mood, overtired, feeling ill or not in the mood to chit chat. Successful networking takes a focused effort, so if you’re not up for it, you’re sometimes better off skipping the event. I remember attending an event several years ago where I was just in a sour mood (something related to my job at the time). The few people I did meet walked away with an impression of me that wasn’t me at my best.

So the bottom line is that there are a lot of factors out there that can spoil a networking event. Doing a little preparation ahead of time and making sure you’re in the right frame of mind will help you a lot. Sharpening those skills and setting the right goals and expectations will get you the rest of the way. Remember, you can’t control what others make of an event but you can control what you experience.

Networking Can Be a Complete Waste of Time

One thought on “Networking Can Be a Complete Waste of Time”