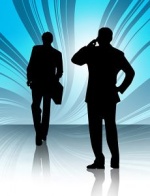 Networking is something that’s both easy and natural for us to do. We network with people practically every day (and most of the time, we don’t realize it). Yet when we’re at a formal networking event, something as basic as starting a conversation seems like a big challenge and many people walk away from networking events feeling like they accomplished nothing.

Part of the problem is that many people just don’t understand how to network. I’ve been going to networking events for about a decade and some of the things that haven’t seemed to change are the mistakes people make. Here are some of the big ones that you should try to avoid:

1: Forgetting that networking is a two-way street.

Whenever I attend a big networking event, there always seems to be at least one person there that clearly has only one intention — to help him or herself. You can spot these people from a mile away as they scan name tags and only talk to the people that they feel are important or can help them. They walk around the room, politely smiling at people until they find someone they feel can help them and then start talking with that person. Some of them are bold enough to work their way into a conversation and force out the person or people that they feel can’t do anything for them.

The big problem with this is that you miss the essence of networking. Networking is a two-way street so if your intention is to take without giving anything back, you’ll find that others will treat you the same way. Most people can tell when you have these types of intentions and even if they’re polite to you, they’ll unlikely try to help you.

There’s a famous quote by Dale Carnegie that states “you can make more friends in two months by being interested in other people, than you can in two years trying get people interested in you.” This is especially true at networking events.

The people that drive me crazy at networking events (and I refuse to talk to unless I absolutely need to) are the people I call “networking butterflies”. They hop around the room, bouncing in and out of conversations as if they’re too busy or too important to talk to someone for more than 30 seconds. This drives me crazy as I feel like I’m having a five minute conversation that’s split into ten chunks.

However there’s no real excuse for this to happen at a true networking event. You don’t have to talk to everyone for 15 minutes, but at least finish your conversation before moving on. If you realize right away that there’s nothing that you or the person you’re talking to can do to help each other, then at least talk to them for a minute or two and politely end the conversation.

3: Letting your disinterest show through.

This is a critical mistake as it has the potential to offend people at the event – and if a person you’ve offended tells someone that you connected with, that connection can sometimes end up in jeopardy. You’ve probably encountered at least one person like this before. They scan the room while they’re talking to you and barely paying attention to what you’re saying. Then when they find someone they want to connect with, they abruptly end the conversation (sometimes while you’re in mid-sentence) and walk away.

This is just bad manners and can get you a bad reputation if you do this regularly at events for the same group (such as a networking club, Chamber of Commerce or alumni association). You make the other person, who may be struggling to begin with, feel bad and they may share their feelings with other people at the event (including the event’s organizer). Do this at two or more events for the same organization and I guarantee that you’ll quickly see people acting disinterested towards you.

Many of these mistakes are things we do subconsciously or unintentionally – perhaps we’re nervous, inexperienced or just plain careless. Just being aware of it is often enough to start fixing the behavior so if you catch yourself making these mistakes, work towards fixing them.