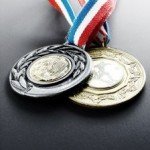 Everyone wants to be better. We want to look better, feel better, perform better, get better results, etc…. I’ve fallen into this category and as I’ve realized as I’ve  interacted with thousands of people via social media over the last couple years, I’m not the only one. I don’t think that there’s anything wrong with focusing on improving yourself – after all, we can do some amazing things when we improve ourselves.

Lately, I’ve had a few things on my mind though. It all hit me last week when I was having a conversation with a friend. I was lamenting about all these little problems I have in my life and how I felt life is sometimes unfair. Looking back, it’s not even proper to call these things “problems” when what they’re really just  “annoyances”. Then I looked over at him and joked that he was the wrong person to complain to. In a few weeks, he’s going into the hospital for a couple months for cancer treatment. He’s not the only person I know that’s been having what I refer to as “real problems.” I know people that are going through serious relationship issues (not just a break-up), financial problems (the kind that cause you to lose your home) and other things that dwarf the types of problems I have.

I think this personal development culture is great in so many ways as there’s nothing better than people working together to help everyone reach their goals. On the flip side, I think sometimes we focus on the wrong things thinking they will bring us happiness. I get emails every day claiming to get me thousands of Twitter followers, likes on my Facebook page or visitors to my website. I also get the emails that claim to help me make thousands of dollars each week, turn me into an incredible lover or help me lose those “difficult pounds.”

There’s a song called “The Man I Want to Be” by Chris Young that I think drives the point home. The song is about a guy who messed up and wants his lady back. There are a lot of songs like this (especially country songs) but what differentiates this one from the others is that he wants to be a better man for her benefit, not for his own. You can watch the video below:

So what I did was think about how I could be a better person, not just for me but for those around me. I came up with four areas that I want to get better at. For each of them, I came up with the first rule that came to mind and listed it. They are:

While I don’t violate these rules regularly, there is definitely room for improvement. So what I plan to do over the next four weeks is focus on each of these areas and do a quick blog post about what I’ve learned, what I’ve struggled with and how I plan to keep working at it. I have no idea how this will turn out from a blogging standpoint, but I hope to end up with a better me.

I Want to Be a Better Man