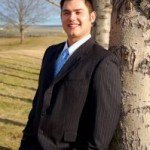 If you walk into an office of a company that operates in either high tech or creative services, you’ll probably see their employees dressed casually. A lot of these companies take great pride in their relaxed corporate culture — the employees can use the money they’d otherwise spend on dry cleaning to get the latest iPad or Xbox. So if you’re interviewing at such a company, would you come across as too stuffy if you wore a suit?

If it were 1997, I would advise you to wear a suit. Back then, I worked for Dragon Systems (they created speech recognition software) and it wasn’t uncommon for some of my coworkers to come to work dressed in what I considered “beachwear”. I used to feel overdressed in khaki shorts, sneakers and a t-shirt. However, at that time, people were still expected wear to suits when they came in to interview.

Today things are different. Fitting in matters just as much as being able to do the job. I’ve seen a few blog posts and articles where people have hinted that wearing a suit worked against them. One article, written by a business owner, stated that he’d send home anyone that showed up in a suit.

So it’s understandable that people are confused. Especially since there are still many companies that don’t offer casual dress. The best thing to do is ask the person that’s setting up the interview. Be sure to ask professionally rather than saying “do I have to wear a suit?” Instead try “other companies I’ve interviewed with have asked me to not wear a suit to the interview, do you have such a preference?”

If the person seems surprised that you’d ask such a question, then wear a suit. If they say “I guess you don’t have to wear a suit,” Â and you detect a hint of uncertainty in their voice, you may want to ask if other candidates have come in dressed less formally.

There’s some debate as to whether it’s safer to dress more formal or more casual. One article I came across recommended dressing more casual since any company that would fault you for thatÂ isn’tÂ the type of company you want to work for anyway. I had to laugh because whoever wrote that nonsense has no clue how competitive the job market is these days. Many people would gladly accept a job in a stuffy environment that pays $75,000 a year so they don’t have to make $15 per hour working in a mall.

My personal preference is to dress more formal, at least more formal than the person interviewing you. You can always explain dressing more formal by saying that while you enjoy life and like to have fun, you take your job search very seriously. It sounds better than saying that figured since everyone dressed down, you thought you’d fit in better than someone wearing a stuffy suit.

So when in doubt, ask. If you’re still not sure, either wear the suit or stake the place out to see what other candidates are wearing. If someone faults you for dressing up, perhaps you have to wonder if they take the same type of attitude with their customers and if so, how long the company will stay in business.

Do You Have to Wear a Suit to a Job Interview?