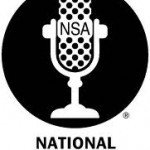 I get asked this a lot by aspiring speakers, especially those in Toastmasters that are looking for a shortcut on the path to becoming a professional speaker. The short answer is no, you can become a successful paid speaker without joining the National Speakers Association (NSA). The follow up question is then “will it help me if I join?” My reply: it depends.

Just like joining Toastmasters alone won’t make you a better speaker, joining NSA will not necessarily get you booked as a paid speaker. It all depends on how you use it. Anyone can join a Toastmasters club, attend meetings and even give speeches but it doesn’t guarantee that they will become a good speaker — there’s a lot more to it. The same is true for NSA — except you need to qualify for membership and not everyone does.

Before I get much further into this topic, let me tell you my experience with the NSA. I have attended several meetings here in the greater Boston area but never joined. A few years back, I had set a goal to join the NSA. I think back then you needed to give roughly paid speeches in a calendar year to qualify. I qualified the year after I set that goal but never ended up joining.

I don’t have any problem with the NSA. The people I met there were friendly and very helpful — especially to someone like me who was still learning the ropes of being a paid speaker. I also learned several good ideas from the workshops they offered. Truthfully, I owe quite a bit of my success to the NSA because several years ago I attended a workshop (which ironically, most of the NSA members were disappointed in) where the presenter talked about blogging. I figured I’d give blogging a try and now blogging is a big part of what I do. So I recommend at least checking it out.

Here in New England workshops are held monthly on Saturdays. They go a full day often starting at 8 AM and lasting until the late afternoon. While I enjoyed attending these meetings, it became difficult for me to continue to do so as at the time, I had a lot going on both personally and professionally. Since this, to me, was the biggest benefit of joining the NSA, I never pursued it. Sure there are other benefits such as the monthly audio program (which is decent) and to be listed in their directory. I’m not truly sure of the value of the latter as most of the companies and meeting planners that have hired me have never heard of the NSA (or think it’s the government agency) and the couple members I’ve asked about it couldn’t tell me about any business generated solely by being in the directory.

With that being said, you can definitely benefit from attending their workshops. I am lucky because the New England chapter always puts on great workshops and is a great group of people. I can’t speak for other areas, but some of the speakers I’ve met from other regions have spoken positively about their local chapter.

So my advice is to check it out but don’t sweat it if don’t qualify to join. You can still benefit from it and it’s worth checking out. If you’re not sure how to find it, just use the search box on this page and type in “NSA” followed by your state or country. Then take a look at the website for your local chapter to see what they have to offer.

Do You Need to Join the National Speakers Association to Be a Succesful Paid Speaker?

One thought on “Do You Need to Join the National Speakers Association to Be a Succesful Paid Speaker?”