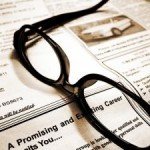 I love going to free public speaking seminars: if the material isn’t good, I usually walk away with at least a good story. At one such event a few years ago, the leader let me deliver a five minute speech. His feedback was that my introduction had needed more oomph — he told me that I only had six seconds to capture the audience’s attention. I told him that advice was nonsense as people seated will take at times a few minutes to warm up to. Â I know it’s important to have a good opening to your speech and that’s a topic in itself. But this isn’t about speeches, it’s about writing and that’s a different beast.

When you pick up a book at a bookstore, you probably flip through the pages. If it’s non-fiction, you’ll probably look at chapter headings, charts and illustrations. You might start reading the first few paragraphs — maybe even a few pages. That’s why the beginning is important — it’s what everyone starts with when deciding to buy it.

Non-fiction has some leeway because whileÂ many self-absorbed authors use the first few pages to brag about their rise to success, this can be offset by better content elsewhere in the book.Â Â Some do this to build credibility — if they became successful, you can learn how to do the same by reading the book. Others use it to brag, especially if they are in a niche market and people are programmed to buy their books.

Fiction, on the other hand, has no such luxury. The cover needs to be interesting to catch the eye. The title is also important — it should tempt the reader to open the book. And then you have that critical first paragraph. If that first paragraph doesn’t draw the reader in, chances are he or she will put it down and choose another.

So here are some things to consider with your fictional novel’s opening paragraph:

So you don’t write fiction? Well you can apply this to your non-fiction work as it would only help you.

Here’s the opening paragraph to a story I wrote last year:

Ben LeCosa had just put the finishing touches on his report when he caught something out of the corner of his eye. He turned toward a window in his home office and for a brief moment, saw what he thought was a set of eyes, glowing eyes, peering in and watching him.

This might get some people interested, but I’d be lying to you if were to tell you that I was happy with it. I’ve spent twenty minutes trying to revise it but still didn’t come up with something I was happy with. So this is not an easy task — at least not for me. I’ll revisit this over the next week or so and post an update when I find something I’m happy with. In the meantime, feel free to post examples of openers you’ve revised in the comments. If you’ve written a book, please feel free to share your website or a link to your writing along with your experiences.

Unlike a Speech, the Opening Paragraph of Your Book is Critical

2 thoughts on “Unlike a Speech, the Opening Paragraph of Your Book is Critical”