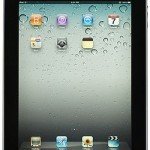 I always recommend that you take notes during a job interview, but with today’s technology is it time to bring 21st century technology to an interview? After all, if you’re in a technology-related or field or interviewing at a technology savvy company, shouldn’t you show that you’re up with the times? Conversely, would it offend someone who’s old fashioned if they were to see you taking notes on some newfangled device?

The answer depends on your intent for use. If you have an iPad, Xoom or other tablet device, it never hurts to slip it in your briefcase or portfolio as you can use it for a number of things such as:

Also, keep in mind that if the interviewer uses an iPad or similar device (or is in the market for one), it’s a great conversation starter and can help you quickly develop rapport with the interview. But as for actual note taking during the interview, I highly recommend that you stick to a pen and paper in most cases. One exception is when the company values its employees being technically savvy — obviously you want to show you’re not scared of technology.

If you do choose to use your device for note taking, use an application that supports handwriting recognition as typing during an interview can make it look like you’re not paying attention. To be safe, bring a notebook with you just in case. You can always switch between the two — especially if you’re meeting with more than one person. And it never hurts to ask as the interview starts. During the pleasantries as you’re sitting down for the interview, try to get a feel for the interview. Then simply ask “do you mind if I take notes during the interview?” This shows the interviewer that you’re serious about the interview.

If you get the sense that the interviewer would be okay with your tablet device, then pull it out and say “would it be okay if I take notes on this? Some people think these things are just for surfing the internet but I find it a great way to take and organize my notes” and rattle off a few benefits of using the device rather than paper for notes such as it being more green or easier to search or to create tasks while you make notes. Technology has come a long way, even in just the last few years alone. If you can use it to be more productive, go for it. Just be mindful that some people are still a bit behind the times, and be sensitive to it, and you’ll be fine.

Should You Bring Your iPad to an Interview