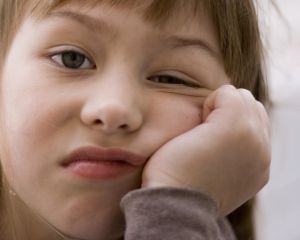 Yes, it’s a little formulaic, but that’s how jokes work — and understanding it can help you prevent them from going flat to begin with. If the audience doesn’t laugh at your joke, it’s important to understand why.

Do others that get the joke find it funny? Sometimes, we find something funny but others don’t see the humor. If you find yourself in this situation, a great way to handle it is to explain the joke to the audience in a humorous way. You could say something like “see, that’s funny because…” and explain the joke. Just do so in a light-hearted manner and smile while doing it — you’ll get some laughs out of the deal.

More often than not, you know when you’ve made this mistake. Usually, you tell the joke wrong, mix up words or your timing is off. In some cases, your delivery was fine but the audience may just be out of it — and this isn’t always your fault — so you may need to grab their attention.

In either case, a funny comment about the joke will usually get you the laugh. “I’m here all week” or “I’ve got a lot more where that came from” are especially effective lines when the audience doesn’t react to your joke.

Public Speaking Success: What to do when they don’t laugh at your jokes