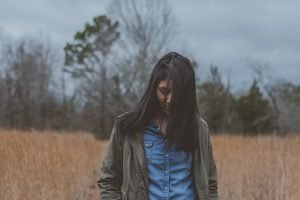 I’ve heard too many stories over the past several years of people taking their own lives because of being in tough situations. Stress is at an all-time high – even before COVID-19 hit. People are working too hard, juggling too much and taking on more than they can handle. Life is certainly not easy.

I read through the daily Catholic mass each day, as many of you probably know. Whether you’re religious or not, you can benefit from what I’m about to share. Wednesday’s reading included the below passage from Acts 25-27:

About midnight Paul and Silas were praying and singing hymns to God, and the other prisoners were listening to them. Suddenly there was such a violent earthquake that the foundations of the prison were shaken. At once all the prison doors flew open, and everyone’s chains came loose. The jailer woke up, and when he saw the prison doors open, he drew his sword and was about to kill himself because he thought the prisoners had escaped.

What stood out to me is that the jailer was going to take his own life because his prisoners escaped. It was for something that wasn’t even under his control. I know how that jailer feels – I’m sure we all do. We’ve been in those situations where things seem so out of control that we can’t possibly fix them. Or maybe we’ve done something that is so embarrassing, we’re afraid to show our faces.

It’s okay to feel embarrassed. It’s okay to feel like a failure. We all make mistakes or do things we regret. And yes, there are times when it seems like the only way out is to escape the situation. But killing yourself should never be an option – no matter how dire things get. When you look back at the problem or mistake, ask yourself what’s the worst that can happen to you. Maybe it’s a terrible secret that will embarrass you or hurt people you love. In extreme cases, maybe you’ll be sued, fined, lose your job, close your business or even go to jail. You can get through all of these situations, but only if you’re alive to do so.

You can get another job, start another business or live out your jail sentence. You can work to regain trust or repair a relationship. But what you can’t do is any of those things if you’re dead. And you’re not making things easier on the people you love and respect by leaving them behind. Yes, they may be angry with you, lose respect for you or see you in a different light – but that won’t last forever. The world is full of people who have repented for their mistakes – just look at all the scandals people in Hollywood have recovered from.

There are a few things I recommend doing if you feel like there’s no reason to live. The first is to speak to someone that can help you. In the US, you can call the National Suicide Hotline at 1-800-273-8255. You can also visit their website where you can chat online with someone.

” It’s my favorite movie and I watch it whenever I’m feeling down. If you don’t have over two hours, you can watch the below video with some wise words from Jocko Willink (also, check out the other videos created by Ben Lionel Scott):

Below is the transcript:

Life is a war. And there are people out there, and there are things out there that are trying to take you down. Things are gonna go wrong. And when things go wrong, it’s pretty easy just to say you know what? I’m gonna stand down, or I’m gonna give up.

That’s the test. Don’t fail the test. Don’t fail the test, don’t give in, don’t quit. Don’t ever quit. Fight on. Fight through the storm. Fight through the pain and come the other side stronger, and tougher, and better. A fighter. A survivor. A winner. Victorious. And free from that storm. Free from the darkness. Free. Life can be hard. But you know what? It’s the one life you’ve got. So go and live a life that in the end allows you to look back and say, hell yes, I’d do it all again.

Remember, no mistake is worth killing yourself. Never.

No mistake is worth killing yourself