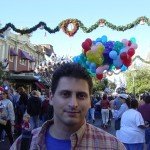 If you’ve been a follower of this blog for some time, you’ve probably noticed that prior to this year, I’ve never gone more than a month without posting — in most cases, I’ve rarely gone more than two weeks. So what happened? Where have I been for the last five months?

The last five months have been challenging for me both personally and professionally. I won’t get into all of the details here as they aren’t that exciting. I’ll just say that I’ve been really busy and put some other priorities ahead of blogging. Also, other than a bad case of the flu in March and some other minor issues, I haven’t been sick either physically or mentally.

One of those priorities has been to decide how I want to move forward with my professional life. I’ve been finding that I have a lot of options and a lot of hard choices to make. For example, I love speaking to groups and helping people with their fears of public speaking, but public speaking is no longer a priority for most people. Attendance in my speaking classes has steadily declined and many of my friends in Toastmasters have shared that it’s been a challenge to attract and keep new members. On the flip side, I’ve had more requests for my other consulting services than I can keep up with — so I’m not complaining.

Another decision I’ve been wrestling with is with is how much to open up and share who I am. A friend that I met via social media once told me that she first envisioned me as someone that works seventy hours per week, only leaving my apartment/home office to teach classes. This was back when I only would post articles here and tweets that were professional in nature. Now, most people know that I love the outdoors, spend a lot of time with friends and family and love going out for karaoke. I think opening up has helped me better connect with people, but I still get the sense that I have a ways to go.

I’m passionate about a lot of things and have a lot of opinions and experiences. While I love playing sports, I don’t enjoy watching them. I love music and appreciate theater. The radio in my truck alternates between a country station, a classical music station and a local college station that on weekends has shows that feature show tunes, a cappela and kid’s music (I will always be a kid at heart).

I find politics fascinating and this year I’ve been especially addicted to political web sites. I love communication so watching how the candidates speak and react to different issues fascinates me. I am of course full of my own opinions, by I try to shy away from appearing partisan in anyway here to not alienate or offend readers. While cleaning out some old files, I’ve found political articles that I’ve written as far back as 2008 that were never posted as I didn’t think they were appropriate for this site. That may change.

I also consider myself religious and faith plays a big role in my life. I’m catholic and attend church every week. While I may not agree with the Catholic Church on every issue, most of my morals and beliefs are in line with my faith. I believe that everyone has the right to follow whichever religion they choose (or none if they choose that) so it bothers me when I see people attacking others because of their religion.

Lastly, I’ve been taking the time to really make the most out of my life. This is a two part process that consists of getting things in order and enjoying life each day. It’s funny because historically, I haven’t been the most organized person but over the last few years I’ve changed some habits that have helped tremendously. Over the last few months, I’ve finally gotten to things that I’ve been putting off for far too long. One of those things has been to create systems for anything I do that’s routine or repetitive.

I have an old copy of Muscle & Fitness magazine with the words “Your Best Summer Ever” on the cover. Each year when Memorial Day approaches (my unofficial start of summer) I think about how I can make that particular summer the best one ever. This summer, I’ve tried to plan at least two fun things each week despite the fact that I’ve been swamped professionally. I’ve far exceeded that and at one point, had a period of nine consecutive days where I’ve had something fun planned — and no, it wasn’t a vacation. Even if I don’t have something fun planned with other people on a particular day, I’ve made time to do something enjoyable such as catch up on a book, TV show or movie I’ve wanted to see or to catch up with people I haven’t connected with in a while. Sometimes, something as simple as a quick online chat with a fun person can put a smile on my face for hours.

So that’s where I’ve been. Now where am I going? Life is short and it goes by too fast. So I’m going to continue to take the time to enjoy life. We never know how much time we have left so now is the time to create memories and do things that have a positive impact on the lives of others. As for this blog, expect updates — the hiatus/sabbatical has ended. Over the past few months, I’ve thought of many great ideas for topics on this site so we’ll take a look a communication from a different angle. You’ll also see more personal stories, experiences and pictures. August will be a big month so keep an eye out — it’ll be fun.

One thought on “My Hiatus”