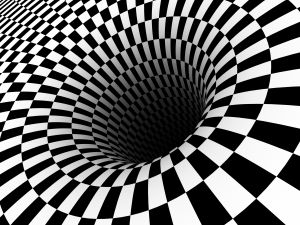 Earlier today an official in Texas took offense to someone using the term “black hole” to describe something negative. Later on, this same official also took offense to the fact that that Angel Food Cake (which the term “angel” has a positive connation) is white and Devil’s Food Cake (“Devil” having a negative connotation) is brown. I’m pretty sure based on the context that the phrase “black hole” was used (he was describing a local government office as place where things go in and never come back out) that the speaker wasn’t making a racist remark. However, whether we like it or not, as speakers and communicators, we may from time to time say something that is perceived in a completely different light than what we intended.

Several years ago I took a management course through one of the big seminar companies. While giving an example, the instructor used the term “wiz” to describe someone. The woman sitting next to me took offense to this because she thought he said “wuss.” During the next break, she confronted the instructor and he had to clarify what he said.

Now these are some extreme examples, but the reality is that it does happen. In addition to someone taking your words the wrong way or out of context, there’s also the possibility of you making an honest mistake with your words. So what you do when this happens?

Step 1: Apologize for the confusion:

Yes, even if the other person is wrong and taking your words completely out of context, apologize for the confusion. Don’t get upset and whatever you do, don’t become confrontational. Politely explain what you meant by what you said and don’t belittle the other person for their perspective — regardless of how ridiculous it seems to you.

Step 2: Thank the person for pointing out the issue:

Tell him or her that you’re always trying to improve the way you communicate and that you’ve learned something by talking about the issue. Thank them for taking the time and initiative to bring it to your attention- say that most people couldn’t be bothered with helping others out so you appreciate their feedback. Remember that these things can get ugly and a sincere thank you or compliment can help defuse the situation.

Preventing it from happening in the first place:

There are some obvious things that can be taken the wrong way so do yourself a favor and leave them out of your talk (unless, of course, you want the controversy). The acid test to follow is that if you have deliberate about whether or not to use certain language in your speech for more than a few seconds, then you should leave it out.

Here are some other steps that you can take to minimize the risk of offending people in your audience:

So just keep in mind that these things happen and unless you’ve got an unusually unreasonable audience member on your hands, you’ll be able to easily recover from an honest mistake. Even in extreme situations, a simple apology and thank you will usually suffice.

Is “Black hole” a Racial Slur?