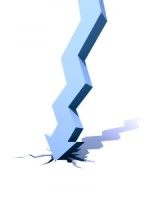 So you can’t watch a newscast for more than five minutes these days without hearing some bad news about the economy. Yes, the mainstream media has finally gotten what it’s been craving for during the last two years — a story that got everyone’s attention. So amidst the widespread panic and the worst depression in the history of the world (yes, I’m exaggerating), what is one to do? You can start by improving your public speaking skills.

You’re probably wondering how on earth being an effective public speaker can help you during bad times. But as I’ve said repeatedly, public speaking is the most important skill that you can work on because it helps you in so many other areas. You may wonder how. Let me count the ways:

If you can prepare what you’re going to say, organize your thoughts and answer questions in a group setting, then you’ll be fine in one on one situations that other people typically find stressful.

Most people are deathly afraid of public speaking so if you’re not, it puts you ahead of the pack. Even if public speaking isn’t a part of your daily activities, it gives you another tool to market yourself or your services.

As an employee, you can train people in addition to your daily tasks. As a business owner, you can address larger crowds to reach more potential clients.

If you’ve ever been tempted to try out a firewalk seminar — one of those workshops where you walk across a bed of hot coals as the grand finale — you can get the same effect by becoming a better speaker. The purpose of a firewalk is that you do something you previously thought was impossible which means you’ll feel like you can now take on any obstacle. What most people don’t realize is that the coals are actually quite cool to the touch, so you’re simply defeating an illusion of danger.

The same is true with public speaking – it’s just as scary as walking over hot coals. Once you get out there and deliver a successful speech, you’ll get a high and feel like you can do anything. And this confidence trickles down to your other communication skills, so you’ll feel less anxious in those two key areas mentioned earlier: networking and job interviewing.

If you’ve ever met a person who has been a member of Toastmasters International for an extended period of time, you may notice their confidence when they communicate. It’s because they’re so used to speaking to groups, that they carry that confident attitude with them everywhere they go.

4. Speaking Can Be an Additional Source of Income:

Yes, you can actually make money giving a speech. There are folks known as professional speakers that make their livings by delivering a couple talks each month. The National Speakers Association (use the search box to find a chapter near you) is full of experts that speak as part (or all) of their income.

So stop fretting about the story you read on the web or what you just heard on the news and go out there and make things happen.

How Public Speaking Skills Can Help You during Bad Economic Times