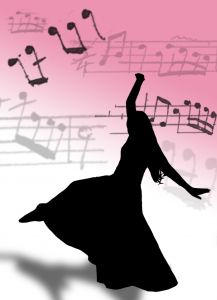 When I was growing up, I used to see a commercial for a compilation of songs that were a decade or so old frequently advertised on TV. One of the people endorsing it said “listening to those songs is like being with my old friends” and that particular quote stuck in my head — I thought the person in the commercial was just saying it, and I’d often mock him. But when I became a young adult, I actually found that quote to be quite true. Songs started reminding me of certain friends from high school, hanging out in the dorms as college freshman, summers, trips and even parties.

Our memories contain so much more than just pictures: sounds, smells, tastes and even feelings can trigger a memory or emotional response. Songs that remind us of happy times can often cheer us up when we’re feeling a bit down. Songs that we used in high school to pump us up for a big sporting event can help us get in the right emotional state prior to an important meeting or event. In fact, 2000 World Champion of Speaking, Darren Lacroix, mentions in his programs that he listened to the “Rocky” soundtrack while waiting to go on stage prior to giving his winning speech. So why can’t we do the same thing?

Something that’s helped me a lot in recent years has been to create various play lists of songs for a particular purpose. I have a list of songs called “motivational” with songs that have lyrics that inspire me. I have another list of songs for working: it includes instrumental music including Pachelbel’s Cannon in D. It not only provides background noise, but an Australian study claims that this song in particular reduces stress.

How Music can Affect our Mood