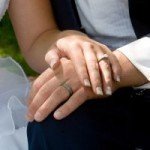 I’ve never been a big fan of “date” movies — romantic comedies where you know the guy and the girl are going to get together at the end, but not sure exactly how they’ll get through the mess created during the first twenty minutes of the film. With these types of films, part of the plot line usually has to do with a guy who’s afraid of commitment.

I usually get frustrated with this plot line – the gal should just move on (or to make it a movie more to my liking, blow up his car while he’s driving away). But no, it gets drawn out for 90+ minutes and somehow the guy sees the err in his ways and decides that he was wrong to not commit in the first place and spend the second half of the movie trying to correct the situation. In most cases, there’s a happy ending but not always. But what’s interesting is that fear or lack of commitment happens a lot in real life and the results are often not a happy ending.

Lack of commitment is the biggest reason for failure — period. It’s not just with relationships either. If you know someone struggling to lose weight, 99% of the time it’s their lack of commitment that’s the problem. 80% of businesses fail during the first five years and the reason such a good chunk of them do is because the people running them aren’t as committed as they need to be. And of course, with over 50% of marriages ending in divorce, lack of commitment towards the relationship is the prime culprit.

When I was involved with Toastmasters, I used to tell people that they could overcome any fear they had with public speaking as long as they are committed to doing so. It’s easy to come to a meeting and sign up as a member. It’s even easy to schedule that first speech. But finding the time to do the nine extra speeches to complete the manual — especially when things like work, family and other commitments come into play — is where the challenge lies. I met my goal of completing my first ten speeches during my first year because I committed to speaking whenever I could. I set other goals within Toastmasters — some which I reached and others I didn’t. And to be fair, sometimes our goals change so it’s not lack of commitment, it’s a change to focus on a new goal. When I started out as a professional speaker, my speaking goals changed. That DTM (Distinguished Toastmaster — one of the highest awards a Toastmaster can receive) wasn’t as important as getting more speaking gigs.

So one of the first things I explain to the people that attend my public speaking seminars is that they can overcome their fear provided they are committed to doing so. I also share that it’s easy to overcome their fears — they simply have to get up and speak. While I do my best to encourage them to get up and speak and try to make the experience as fun and as comfortable as possible, I occasionally get a person every now and then that doesn’t want to participate and they don’t get the same results that those who participate do.

Again, the best example of lack of commitment is a person’s physique. While some are blessed with good genetics, the rest of us have to rely on diet and exercise to look good. And of course, diet and exercise require commitment. I recently saw a commercial for P90X

— an exercise system that promises you amazing results in 90 days. I haven’t tried the system yet (I plan to and will post when I do) but even though it’s selling like crazy, I suspect a small percentage of people that use it actually get the desired results. And it’s not because the system doesn’t work — in fact, my research on leads me to believe that one will get impressive results if it’s followed. It’s more because the system requires a big commitment: 60-90 minutes of intense exercise per day for 90 days.

The recipe for success isn’t always complicated. In fact, in many cases, it’s quite simple. There are thousands of systems out there to help you do anything from get healthy to learn a new language to improving your golf game to making more money. Want to get your MBA? Simply find and sign up for an MBA program, attend classes, study and do your homework and projects. Again, the recipe is simple but the commitment requires effort. Even the best designed systems won’t work if you’re not willing to put the effort and commitment into them. If you want to become one of the few that rise to the top, then you need to be willing to commit. And I’ll share a secret with you: once you’ve committed to something tough and followed through you’ll find it much easier to do it again the next time.

One thought on “Why People Fail”