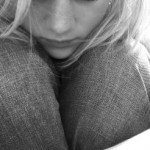 People are finicky. Doing something to please one person may upset another. You simply can’t please everyone and social media has made this quite evident. People unfollow on Twitter or unfriend on Facebook for no apparent reason. Maybe you said something that offended them or maybe you just sounded boring to them. There’s no rhyme nor reason and you can’t expect people to think or act the way you do.

I use both Twitter and Facebook and teach classes that cover both services. In general, I rarely unfollow or unfriend people. On Facebook, the few people I unfriended were people that I connected with early on (back in the day when I made the mistake of joining groups to increase my friends count) that overwhelmed me with dumb application requests. On Twitter, I only unfollow people that have either unfollowed me or never followed me back. That’s how I operate, but others operate differently.

My biggest pet peeve on Twitter are people that follow thousands of people figuring that they will be followed back. Once all these people follow them, they unfollow them all so they look like a celebrity with a high follower count and a low follow count. To me, it sends a message that they don’t care about interacting or making connections, instead they just want you to be a number. No thanks. There are also tools for managing your followers so you can automatically unfollow people that are too chatty, post too infrequently, don’t get enough retweets or fit a lot of other criteria that many could consider nonsense.

Facebook is better in this aspect. The challenge there is the limit of 5000 friends so people with large followings often purge some folks to make room for others. On both services, posting too much or posting things that are considered offensive or too much of a hot-button issue will frequently result in your friend count going down.

Now all of this fine if it’s someone you don’t care about, but what happens when it’s someone you thought you made a connection with? It can hurt because it’s a form of rejection. Every now and then I’ll lose a follower from Twitter that I had good conversations with months or years prior to their unfollow and it does cause me to wonder why. I’ve talked to a number of people who were devastated because of a single unfollow. It felt, to them, like losing a friend in real life. In some cases, the cause was an argument. In other cases it was because the person was quirky and in still other cases, it was due to some follower tool the person tried.

I get asked a lot if it’s okay to contact someone who unfollows you. Generally, I think it’s okay except for certain obvious exceptions – those being related to having a heated argument or anything thing else that would end a friendship in real life. But the first thing to do is try to figure out what caused the unfollow to begin with. If the unfollow happens randomly, then check out the person’s profile (if you still have access to it) to see what’s going on. Have they done a mass unfollow to clean house or to look like a celebrity? Are there other clues such as the person seems angry or emotionally unstable? Has the person changed to the tone of their posts to be more work-like and is now only focusing on professional connections? Is the person trying to get attention?

If you don’t get any clues from their profile, try looking at your own. Did you post something that would offend or anger them? Are you posting nonsense or chatter? Are others unfollowing you? Sometimes we don’t realize the value, or lack thereof, of our posts.

So what happens if the unfollow has no rhyme or reason? Then go ahead and contact the person but just keep your cool. In Twitter, you could tweet a reply to the person and on Facebook you could send a private message. Try something like “Hey, I noticed you’re not connected to me anymore. Just wanted to see if things were okay.” You want to avoid saying “why the **** did you unfollow me?” or something like “my day was ruined when I noticed you unfriended me.” You don’t want to sound desperate and you want to keep your integrity.

You may find out that person used some follower cleanup tool and didn’t realize you got axed or they may have done it by accident. When I got my android phone, I accidentally unfollowed a few friends on Twitter when I was trying to send them private messages. Mistakes do happen.

Worst case, they may have decided that you’re not worthy of their friendship. They may ignore you because they don’t want to tell you why or they may be immature about it. While it’s easy for me to sit here and tell you that you’re best to move on and forget about them, we all know how tough that can be. No one likes to be rejected. My best advice is to take a lesson away from it and focus on the people that want to be friends with you.

Social media can be a great thing or it can ruin your life. Learn how to use it and treat others with the same respect you want to be treated with, and you’ll be okay. Keep in mind that some of the friendships you make can be as strong as the ones you make in real life and breakups can be just as painful. On the flip side, social media allows social rejects a platform and a mask to hide behind so they can wreak havoc on the lives of others. This isn’t meant to scare you — it’s meant to inform you. Most people have mainly positive experiences with social media and the more informed you are, the less likely you are to run into the negative aspects of it.

Unfollowed and Unfriended – The Perils of Social Media Friendships