These days, many meeting rooms have built-in projectors and/or screens. Some even have built-in computers so the need to lug a laptop with you has essentially been eliminated. Let’s face it, a USB drive will fit even the largest of presentations and can fit on your keychain – plus it won’t hurt your back. But even though all this is there to make your life easy, it can also work against you. Unless you test your presentation on the exact equipment that you’ll be running it on, you’re running a huge risk.  Read more... (803 words, 1 image, estimated 3:13 mins reading time)

Last night during President Obama’s speech, Representative Joe Wilson from South Carolina shouted “You lie!” in the middle of it. When I first heard about it, I kind of laughed to myself as I thought about how other countries have more spirited debates during these types of speeches. But then I thought a bit more about it and I felt that Rep. Wilson was, politics aside, both unprofessional and disrespectful. As I read the reactions later today, I started to believe that it was a bad idea for him to do that because his actions made him and his party look bad, and gave the other side ammunition and motivation that could change the momentum of the debate. But then as I sat down to write about it, I realized that Rep. Wilson’s outburst could only be described with one word: Brilliant.  Read more... (840 words, estimated 3:22 mins reading time)

I listened to stories about people that call themselves corporate trainers taking the attitude that they were not only the smartest person in the room, but the only intelligent person in the room. Anyone that asked for clarification simply “didn’t get it.” Others shared tales of speakers confidently contradicting themselves or speakers arguing with audience members that questioned them.  Read more... (302 words, estimated 1:12 mins reading time) 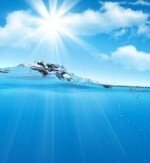 Are there words which you frequently stumble over while speaking? Do people have a tough time understanding what you’re saying? Is English not you’re first language? Well don’t worry because you’re not alone. Many people, including professional speakers, struggle with their articulation. Fortunately, it’s fairly easy to work on improving the way you pronounce words.

There are two techniques that I highly recommend for those of us that desire better articulation. Both of these techniques not only help you speak more clearly, but they also have some added benefits.

So you’ve got a speech that was a bit hit at your Toastmasters meeting and you feel it’s ready for prime time. So what’s the next step along the path to becoming a professional speaker? I recommend taking your show on the road and speaking to local service clubs.

Service clubs are a great way to test the waters for your presentation. They offer you a real audience that will give you real feedback. While Toastmasters clubs are a great venue for learning how to speak, the audiences at these meetings are quite forgiving.  Read more... (431 words, 1 image, estimated 1:43 mins reading time)

Throughout my life I’ve had the chance to meet a wide variety of people. While the color of their skin, the language they speak or the entity they worship may differ, one thing is always the same – we all face challenges at different points in our lives. Of course, the way people handle those challenges varies but the good thing is that it’s something that we can control. And in many cases, it’s this way of handling challenges that dictates whether we stay in the game or go home in defeat.  Read more... (1055 words, 1 image, estimated 4:13 mins reading time)

Children can be the most delightful human beings one day and seems like the spawn of the devil the following day, but one thing is for certain, children are unpredictable. This adds a new twist to public speaking when your audiences are typically made up of children (or worse, the dreaded teenager). The good thing is there are a few steps you can take to avoid the majority of problems you can run into.  Read more... (709 words, 1 image, estimated 2:50 mins reading time)