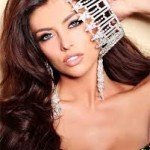 Last night was the Miss USA pageant. Normally, the big news would be that Connecticut’s Erin Brady won. However, the buzz is all about an answer from Miss Utah, Marissa Powell. No, this time it wasn’t something racist or bigoted or otherwise shocking. Instead, she got nervous, stumbled through her answer and used improper English.

If you’d like to see her answer, the video is below:

I feel the criticism is more idiotic than the answer. She listened to the question and tried to tie it back to her talking points — which is the right thing to do. But she lost her train of thought — something that sometimes happens to people when they’re in front of thousands of people and on live TV. The question is about income inequality and she was trying to relate it to education. Whether that was the right way to go is always debatable, no matter what she would have said. But she stumbled on her words. And again, she did this in front of a large audience on live TV.

It’s no wonder people fear public speaking when you see things like this happen. I bet right now, she could rattle off an intelligent answer. I guarantee that there will be a skit involving her on Saturday Night Live this week. “Miss Utah” is already trending topic on Twitter and there are a lot of smart-alecky remarks about how improvements in education should start with her and how she’s all looks and no brains.

This type of criticism is borderline bullying. Kids do this type of stuff: they see someone goof up and they attack. But they do this to deflect attention away from them. Adults do this for more sinister reasons: they lash out at others because they are trite and petty. Cutting others down, especially those with some degree of success, makes them feel better about themselves. 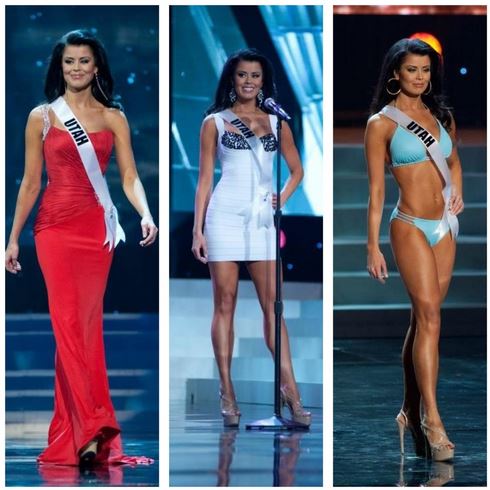 Marissa Powell is gorgeous and talented so that naturally makes her a target. But look at Susan Boyle and Jonathan Antoine who were laughed at until they showed the world how talented they were.

We do live in a cruel world that often requires a tough skin. Some believe that the criticism is one of the risks people take on the path to fame. Criticism has its place as an essential tool that helps us improve. Most of us are aware of when we make mistakes, but we can’t always put our fingers on why we made the mistake or what we can do to be better next time. But look at the type of criticism our politicians get. President Obama’s daughters, the Bush twins and Chelsea Clinton were all the subjects of numerous jokes throughout their father’s administrations.

I’m sure Marissa will get past this. It’s hard for some to look at her for what she really is — a 20 year old young woman. I just hope that when she looks back at the Miss USA pageant, she remembers the friendships she made and the excitement of being treated like a star.