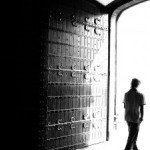 If you’ve ever been to a business networking event, you’ve probably been told that starting a conversation is the hardest part. This tends to be true for neophyte networkers – walking up to someone new and introducing yourself can be quite challenging. However, when you become an experienced networker, you may sometimes find that exiting a conversation is much more difficult than starting one.

Whether it’s a cocktail party, family function or even a business networking event, you probably have run into that person that will not let you go. Maybe they admire you, like to talk a lot, can’t take a hint or are just afraid to move on to the next person. In one extreme case, I had someone follow me out of the event and all the way to my car, unable to take the hints that I was done talking with him.

Sometimes, Exiting a Conversation Can Be as Difficult as Starting One

Some people handle this in the worst possible manner: by being rude, shouting or insulting the other person. But most of us try to be polite. We don’t want to hurt the other person’s feelings or make them feel bad, so we struggle to tell them that we’re done conversing. The good news is that there are three easy ways to exit conversations in these situations.

Introduce them to someone else:

If you don’t know anyone else in the room, your other option is to bring someone else into the conversation. The way to do this is to locate someone in the room that isn’t talking to anyone and make eye contact with them. They’ll walk over to you and try to join in on your conversation. Simply introduce yourself to the new person, ask a couple questions and then excuse yourself. The other two people will gladly carry on their conversation and you can move on.

There are a number of ways that you can excuse yourself. The most common way is to say “I see a client/coworker/friend/colleague that I need to connect with before the event gets over, but it was nice meeting you.” Another way is to excuse yourself to visit the bar, food or restroom, but you run the risk of the other person following you, especially if they’re clingy or afraid to meet new people. When people refuse to take a hint, you can say that your phone just went off and since you’re expecting an important call, you need to go somewhere private to take it.

Educate the other person:

Honesty is often the best policy and it works with networking. Many inexperienced networkers simply don’t understand how networking works. Some fear introducing themselves to others to be so they cling with dear life to the person they’re talking to- and they’ll follow you to the bar and even the restroom if you try to escape them. When this happens, there’s only one thing to do: level with them.

Politely explain to the other person that you both attended the event to connect with several people and it’s unfair for either you to dominate the other’s time. Never shout or get angry as others around you that witness such behavior will get a negative impression of you. Instead, be friendly and helpful. Instead of criticizing the other person, offer advice on how to meet new people.

Exiting a conversation can be tricky, but by being polite and helpful, you can turn a potentially negative situation into something positive. By introducing a new networker to someone else instead of leaving them in the uncomfortable situation of having to find someone new to talk to, you help them grow their skills. Excusing yourself is a polite way to leave a conversation when you don’t have the time or the desire to introduce the person to someone else. When people don’t get the message, you can politely educate them and help them understand how networking works.

How to Exit a Conversation

2 thoughts on “How to Exit a Conversation”