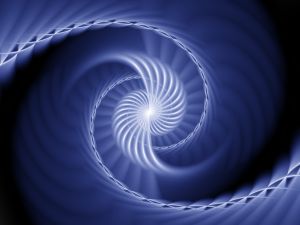 The Law of Attraction, made popular by the 2006 film “The Secret” has been a hot topic in recent years. To some, the concept is the ultimate self-help system: simply want something and the universe will give it to you. To others, it’s the ultimate scam taking advantage of the laziness of people who want riches without having to do anything to get what they want. Does the law of attraction really work? Can it help you get what you want? Is it something worth caring about? I’ll attempt to answer these and other questions throughout this article series.

The Law of Attraction has a number of devoted followers as well as a large group of folks who passionately believe it’s garbage. Where do I stand? Somewhere in the middle. I am not a devote follower of the Law of Attraction, but I do believe there are some aspects to it that are worth learning more about. I’ve watched “The Secret” so I’ve tried some of the techniques from the film and have had mixed results. So you might be wondering why I’ve decided to focus so much time on this subject. The truth is that a number of readers (of both my blog and my e-zine) have asked for my opinion on it. I’ve also found myself discussing the topic with folks I interact with outside of cyberspace.

So in this series, I’ll provide some history of the Law of Attraction, interview some folks who are “experts” in the Law of Attraction (as well as some folks who feel it’s bunk) and provide an updated version of the review that I did of “The Secret” in my e-zine. I’ll share my own opinions and I’ll also give you a chance to chime in and share your own thoughts and opinions. So let’s start with a brief overview.

What is The Law of Attraction?

In simple terms, The Law of Attraction (which, since there’s no scientific proof that it exists, isn’t technically a law) states that your thoughts control the universe and by simply asking the universe to for something, you’ll receive it. Some believers feel that quantum physics comes into play – our thoughts emit energy and that energy can work for us because “like attracts like.” So, according to the theory, if you desire a new car, your thoughts produce energy that matches that of car and therefore the universe allows for you and the car to come together. Others believe that when you focus on something, the path to obtaining it becomes clearer and more apparent to you. Another explanation is that when you’re focusing on something, the way you act and communicate tends to make you more attractive to the people who can help you get what you want.

It’s also important to understand that the Law of Attraction isn’t a new concept. It has been around since the 1800’s and was a major theme in the writings of Napoleon Hill (the author of “Think and Grow Rich”).

What if you think about negative things?

According to “The Secret” you’ll attract those negative things. If your thoughts are always focused on your debt, then the Law of Attraction will bring you more debt. In “The Secret,” one of the people interviewed talks about how he was always thinking about bills so that’s all he’d get in the mail. Then one day he started thinking about checks and he suddenly received only checks in the mail (can you see why the system would be popular?).

In the next article in this series, we’ll take a look at some of the criticism surrounding The Law of Attraction. If you’d like to share your own thoughts and opinions, please feel free to leave a comment or you can send me a private message through the contact form on my about page. You can also watch the first 20 minutes of “The Secret” in one of my video of the week segments.

An Overview of The Law of Attraction

One thought on “An Overview of The Law of Attraction”