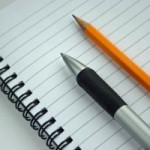 Part of the reason that even experienced speakers feel a bit nervous before a speech is that there is a lot that must be done before you even walk on stage. If you don’t have a pre-speech checklist, here are some things for you to do before your speech in chronological order:

For shorter speeches (such as a Toastmasters speech or other speeches under 20 minutes), I recommend practicing the entire speech at least three times. For longer talks, practice it in pieces and practice the parts that you struggle with several times. 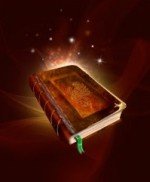 Fears limit us more than anything else. They prevent us from meeting new people, strengthening relationships, moving ahead in our career and achieving financial abundance. While the internet and social media give us the opportunity to communicate with thousands (and potentially millions) of people without ever speaking a word, this path isn’t always the best one to go to reach your goals. This is especially true when trying to overcome communication fears.  Read more... (838 words, 4 images, estimated 3:21 mins reading time) 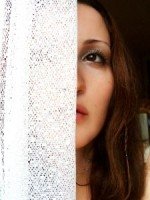 An interesting side conversation popped up the other night while I was teaching networking. I had mentioned that I got a lot of the material for the course from the many mistakes I made when I first started to learn how to network. What came out of the conversation was that many of us seem surprised when someone we consider an expert “levels with us”. In other words, when someone admits that they still make mistakes, weren’t always proficient in their area or expertise or are still learning or working on improving. At first, I was surprised that many people feel this way but then when I thought more about it, I can understand why.  Read more... (1211 words, 4 images, estimated 4:51 mins reading time)

85 years ago today, Dr. Ralph C. Smedley met with a small group of people in a YMCA in Santa Ana, California. That was the first Toastmasters meeting ever. It’s amazing how since then the organization has grown to over 250,000 members in over 12,000 clubs in over 100 countries.

I don’t know if there are any official records of that first meeting or not but I can only imagine what it must have been like. Keep in mind that the world was a much different place in 1924. Dr. Smedley didn’t need to tell people to turn off their cell phones, obey the handicapped parking zones and check their emails for details on the next meeting. I suspect that meeting was mostly men – keep in mind that President Wilson had just four years earlier convinced congress to ratify the 19th amendment allowing women the right to vote.  Read more... (503 words, 2 images, estimated 2:01 mins reading time)

Meetings are tricky. When done correctly, they can communicate information to the right parties or hammer out a sensitive issue. When done incorrectly, they can waste people’s time, make the meeting host look bad and de-motivate the people in attendance. It’s not overly difficult to have productive meetings; you just need to follow some basic guidelines.

Never have a meeting for the sake of having a meeting. If you can’t list one or more outcomes that you expect from the meeting, then you shouldn’t have it. 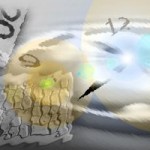 I’ve heard the phrase “Life is Too Short” a number of times throughout the years. Sometimes it refers to a person’s reaction to someone else’s behavior (Life is too short to hate your sister) and other times it’s just a general statement (Life is too short — there’s so much to do). The other day, I was thinking about some of these phrases I’ve heard as well some that I’ve thought to myself and thought it would be a good topic for a post. So here’s some that I’d like to share: 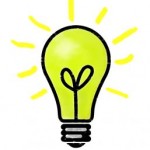 Let’s face it, there’s a lot of misinformation out there when it comes to public speaking and presentation skills. In recent months, I’ve discussed a number of myths related to public speaking — ideas, stories and advice that either doesn’t help a speaker or can add unnecessary stress to speech preparation. While I feel a lot of people that call themselves public speaking experts propagate these myths as if they were gospel, there are several people out there that really know their stuff. So I’d like to introduce you to four of them that not only coach people, but also have excellent blogs about public speaking. While there are many others out that are also quite knowledgeable, these four are great people — friendly, helpful, approachable and people that truly do this to help others succeed.  Read more... (625 words, 4 images, estimated 2:30 mins reading time)